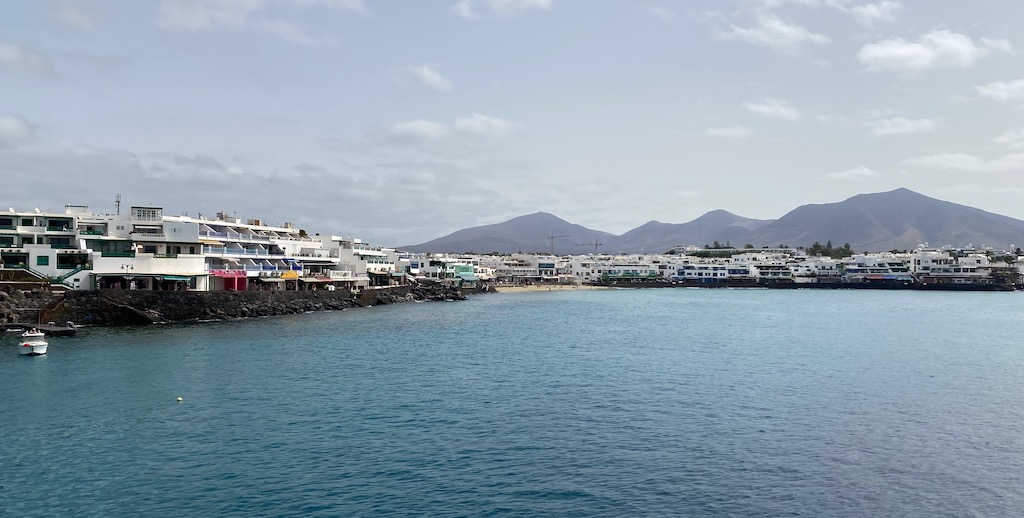 On Friday this week, Lanzarote achieved “group immunity,” with more than 70% of the population, aged 12 and over, fully vaccinated against Covid.

Teguise market is open, but there are Covid restrictions in place, which means the market stalls are relocated away from the main streets of town. Queues can build up, as numbers are limited into the market area at any given time. Note that all the shops, bars and restaurants in town are open as normal on a Sunday, so don’t forget to visit them while you are there.

Pedro Sánchez arrived in Lanzarote for a holiday on Wednesday this week, accompanied by his wife and two daughters. They are staying at the former King’s house in Costa Teguise. The family will remain here until 11th August.

87% Of ICU Patients Not Vaccinated

Of the 90 people in intensive care in hospitals across The Canary Islands, 87% have not been fully vaccinated, in many cases through their own choice.

Commenting on the stark reality that vaccines are really effective in preventing serious illness, Medical Director Mercedes Prieto said “Without vaccination, the latest wave would have collapsed hospitals and hundreds of people would have died.”

Spain now has one of the most successful vaccination programmes in Europe and here in The Canaries, 12 to 19 year olds are currently receiving jabs.

Lanzarote has been successful in a bid for funding for the new tourism strategy, which will be marketed over the next five years under the banner “Lanzarote – The Energy of the Volcano.” Fund of €1.6 million have been approved from both Madrid and The Canaries Government, with the balance of €1.8 million from The Cabildo.

The main road through Costa Teguise is currently being re-surfaced in a €350,000 project. The road connects the resort with Arrecife.

The rapid re-opening of tourism on the island in July lead to 2.500 coming off the unemployment register in the month, the biggest monthly fall ever on the island.

Airport across The Canaries are close to pre pandemic levels in terms of air movements. Here in Lanzarote, we will this week reach 75% of our pre pandemic international arrivals, and well over 100% of our usual arrivals from mainland Spain.

The old road between Yaiza and Playa Blanca, which is now a via cyclista, is to be resurfaced at a cost of €2.5 Million in a Cabildo project.

The 23rd edition of the Island of Volcanoes Rally will take place this weekend. There are five stages totalling 105 KM in various parts of the island, as well as a show stage in Arrecife.

Lanzarote’s oldest bodega has won gold medals at the Mondial des Vins Extreme event for their George Glass, Lias and Malvasia Collection wine, as well as a silver for their Brut Nature Reserve.

Ratoncito Pérez is the Spanish equivalent of the tooth fairy and he gives money to children who deliver their teeth to him when they fall out. He has decided to move to Lanzarote and his house is now at Parque Félix Rodriguez de la Fuente in the town. Next to the little house, there is a workshop for cleaning and polishing teeth, and there is also a letterbox where children can post letters to him.

Ayuntamiento San Bartolomé has also produced this lovely video of the project:

Air Europa are now running 12 weekly connection between mainland Spain and Lanzarote – five flight from Madrid, three from Bilbao and two each from Asturias and Santiago. They are also offering connecting flights from their Madrid hub, to and from several countries in Latin America, and important new market for the island.