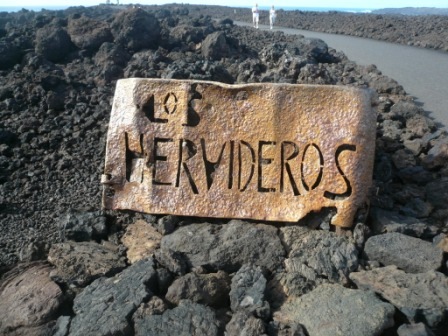 The tourism department has been busy drumming up potential business from new markets, attending tourism fairs in Poland and Austria. There are plans also to visit shows this month in Germany and Paris.

An Atlantic Front is expected to arrive in Lanzarote early next week, bringing a drop in temperatures, strong winds, and some heavy rain.

New car sales in Lanzarote fell 21% in 2019, compared with the previous year. The number of new cars registered in Tias fell by the largest margin.

The plot of the new civic centre has been fenced in, ready for the building work to start. The €1.2 Million project will give the resort a sports field, changing rooms and cafeteria. The surrounding area will be landscaped.

César Manrique Airport fell outside the top ten for movements in Spain in 2019, for the first time in several years. Sevilla pushed Lanzarote into 11th position, after the island suffered a drop in traffic over the last few months, as a result of the Thomas Cook failure, and Ryanair reducing flights.