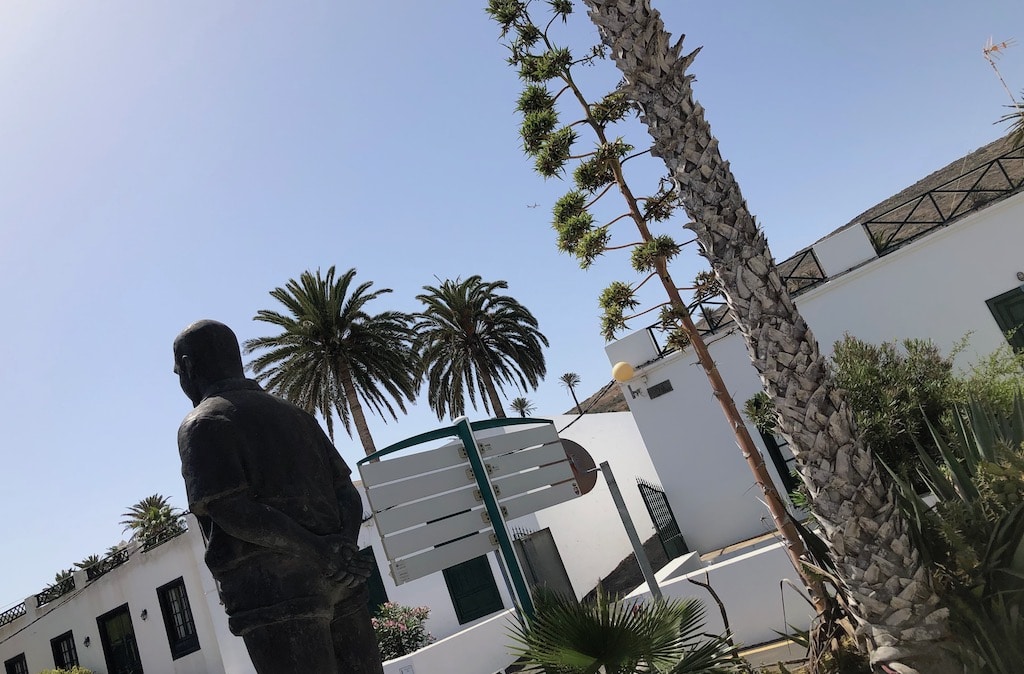 A total of 58 blue flags have been awarded to Canarian beaches for 2022. Lanzarote features 7 of them – Play del Reducto in Arrecife, Playa Blanca in Playa Blanca, Las Cucharas in Costa Teguise and Playas Matagorda, Los Pocillos, Grande and Pita de la Barilla in Puerto del Carmen.

In March just over 213,000 international tourists came to Lanzarote, close to pre pandemic norms, but the mix has changed significantly with the number of Italian visitors almost doubling.

Another New Idea For LZ2

There has been talk for years of tunnelling below the current LZ2 road, which splits Playa Honda, in order to alleviate traffic in the area. A study has now been produced suggesting it may not be a feasible option, and The Cabildo is now looking at an alternative, which will see a road going from the airport and circling back behind the industrial area of Playa Honda, linking up to roads to the north and south of the island.

Police were called after a fight broke out between two British tourists in Centro Atlantico, Puerto del Carmen at 7AM on Tuesday morning. A 26 year old man was taken to hospital, as he had been stabbed in the abdomen with a broken bottle. The other man fled the scene and the police are trying to locate him.

There have been long queues at Jardin de Cactus and Montañas del Fuego this week, and visitors making their way to either in their own transport are recommended to avoid the peak time of 1100 until 1300 for their visits.

Wine Harvest Expected To Be Lower Than 2021

Lanzarote’s grape vines suffered from a warm and dry winter, followed by a cool spring, and it is expected that the harvest will be both lower and later than last year’s.

We’ll add more news here as it comes in……