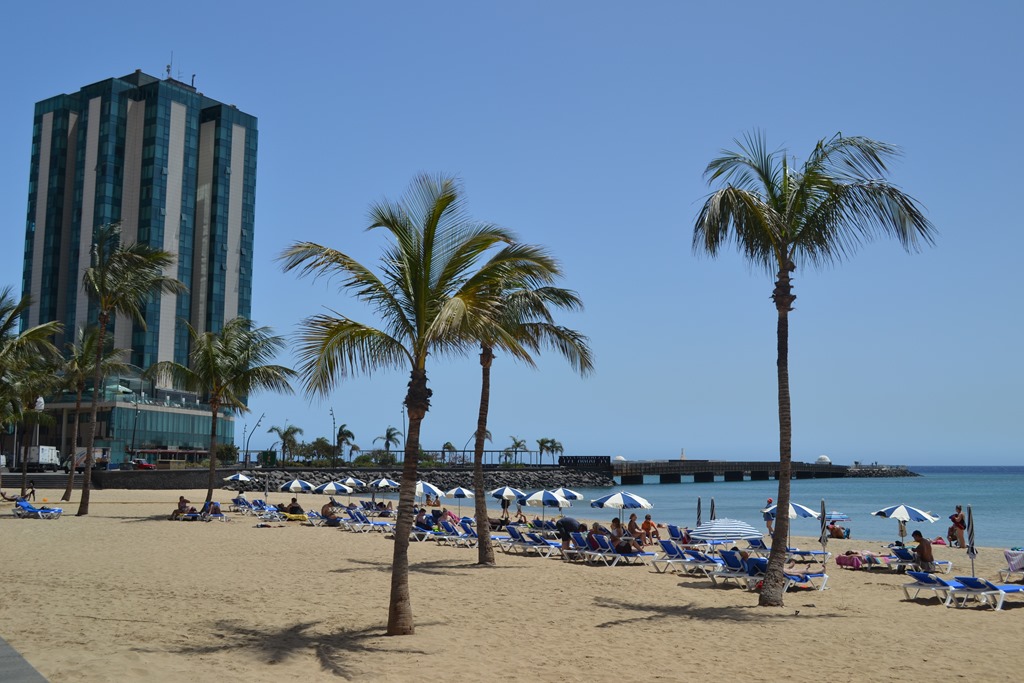 Teguise’s Original Lions Will Be Restored

The bronze lion statues in Teguise’s Plaza de Leones, have been in place since 2005. But the original lions which date from 1922, and were replaced as they had badly deteriorated, will now be restored and put back in place. The work is part of a heritage action plan for the town, which was once capital of all the Canary Islands.

The airport is expecting 1841 aircraft movements over the Easter weekend, which will be a record, beating the previous high of 1743, in 2019, before the pandemic.

The hugely popular beach kiosk at Playa La Garita in Arrieta is under threat of eviction. The Ayuntamiento has a project to refurbish the area, and the kiosk will have to be removed in order to do. The mayor of Haria is proposing that a new kiosk could be built, assuming permission is granted by Costas. It is expected that the current licence holders, who have been running the place since 1992, will go to court.

Coronas Play Hotel Will Be A Radisson

When the Coronas Playa in Costa Teguise re-opens towards the end of this year, after a major refurbishment, it will do so as a Radisson Hotel, branded as a Radisson Blu. The company already runs two hotels in Gran Canaria.

The camp site at Papagayo re-opens this Friday 8th April, and is expected to remain open all year round in the future.

Wearing masks in indoor public spaces ends on 20th April across Spain. The exceptions are on public transport, in hospitals and old people’s homes.

The sun beds are being put back onto the beaches of Costa Teguise after more than two years. Operators started placing them back on Monday.

Welcome To Eden On Netflix On 6th May

The series Welcome to Eden, which was filmed in Lanzarote, premieres on Netflix on 6th May. The 8 episode series follows five young people as the live a nightmare on an island setting.

Unemployment fell by another 3.3% and is now over 45% down year on year, as the island’s tourism economy recovers.

Heavy rain rough flooding to Tahiche on Sunday evening. Firefighters were called out to pump water from the main LZ1. The heaviest rain was recorded in Playa Blanca.

Binter has announced an increase in flights to international destinations from the archipelago, with more flights to Madeira from the islands, as well as to Marrakesh, Dakar, Toulouse, Lille, Turin and Venice and national flights to Murcia, Mallorca and Zaragosa.

Airport Wind Toy Could Be Back Later This Year

The Manrique wind toy that sat on the main roundabout at the airport until 2016, and was removed for a refurbishment, could be back in place later this year.

The planned refurbishment of the Melia Salinas 5 star hotel in Costa Teguise has been delayed again. Originally scheduled for the start of the year, and then for Easter, it looks like work will not start until 15th June now.

Arrecife port is expecting around 30 cruise ships to visit in the month of April, bringing around 100,000 visitors to the island.

Nazaret, in the municipality of Teguise has twinned with the Portuguese town of Nazaré. Nazaret in Lanzarote was originally founded by the Portuguese merchant, Antonio de Sosa.

Lanzarote Promoted As A Diving Destination

A team from Turismo Canarias attended the Mediterranean Dive Show this week to promote the islands to divers and dive tour operators.