Do you have a Kindle? Our books are available as part of Kindle Unlimited, so you can effectively read them for free if you join:

These are our books relating to Lanzarote: 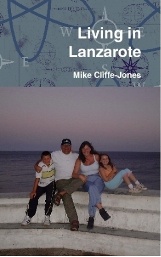 Living in Lanzarote is a book which covers the first six years after our family’s move to the island at the turn of the century.

It will tell you why we chose to make the move, our ups and downs in coming to terms with that decision, and how we slowly integrated into The Canarian way of life.

It’s an upbeat book, because things went well for us, and we grew a large and successful business after starting with very little. Our children grew up in the wonderful safe environment that Lanzarote provides to those of us lucky enough to live here.

The book was completed in 2006, and is a valuable insight for anyone contemplating a move to the island. Its 106 pages long. 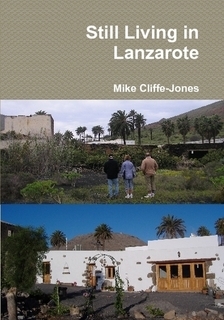 The follow up takes us from 2006 until 2014, and includes some extremely tough years for us. Years when we battled the recession and lost almost everything we had worked so hard for. Years when we struggled against difficulties in restoring our old house and coped with the loss of one member of the group of five of us who originally arrived on the island so full of hope.

But it also tells the story of how we slowly began to turn things around, how we gave birth to a completely new business, transformed ourselves from couch potatoes into Ironmen and it charts our continuing adventures and new discoveries on the island that we now know will always be our home.

I’ve pulled no punches in this book, and some of it is gritty and controversial. I make no apologies for that – I’ve simply told it how it was.

You can order Still Living in Lanzarote as a paperback at £10.99 + tax and shipping, or at £2.75 for your Amazon Kindle. 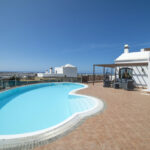