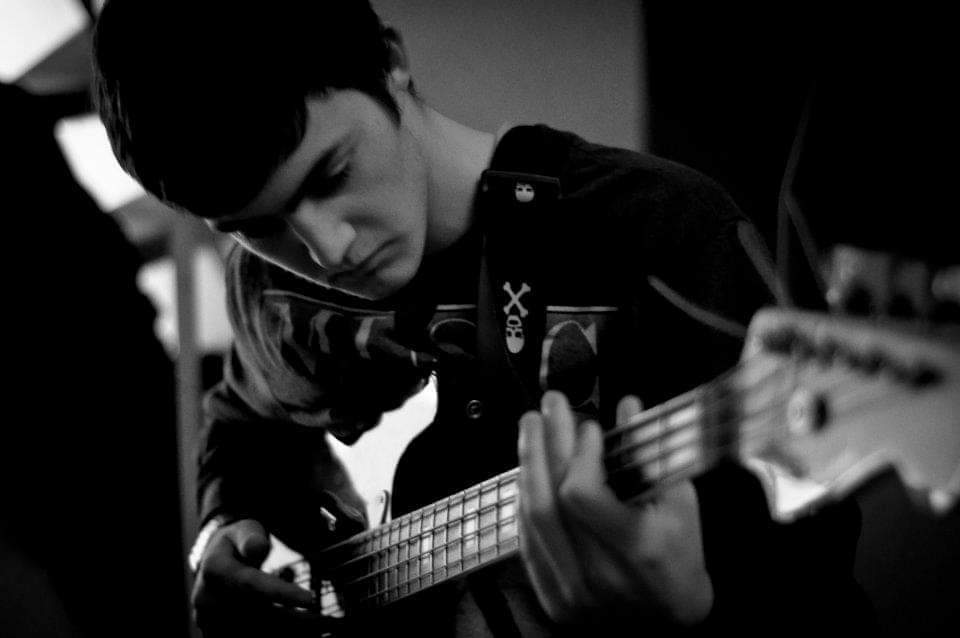 Although I knew of Ross for a while, I hadn’t had a chance to go and check his music in person until very recently. Not only I was impressed by his talent, the range of songs he plays, from traditional Irish to modern tunes and almost anything in between, but also the chemistry between himself and his partner in crime on keyboards was amazing. It was a highly entertaining, dynamic and fun show they put together. There was no question in my mind I had to interview him. He warned me he was going to be quite outlandish. He wasn’t kidding.

Where are you from originally, Ross?
My story starts on the rugged Western coast of Ireland. I was found amongst the rocks by local fisherman on Clare island (which strangely enough is in Mayo), after being nurtured by a mother seal who had mistaken me for one of her own. Raised on a hearty diet of mussels and sea shanties I lived a fisherman’s life until I was forced to choose a side during the infamous Seals Revenge of ’99. Many a good man and seal were lost that day.

Hahaha, that’s a good one! How long have you lived in Lanzarote?
It’s tough to remember, maybe 6 years, maybe 60. It’s all felt like one eternal summer. However long I’ve been here it’s not reflected in my “nivel de la lengua” -he says, referring to his level of Spanish-, which is ashamedly poor. I can do a great Yorkshire accent though.

Well, better than nothing, I suppose. What brought you here in the first place?
A disastrous misunderstanding really. I was scheduled to meet some big shot Hollywood executives about a million-dollar record deal. In my haste I had forgot to pack my glasses on the way to the airport, and mixed up LAX with LANZ. I must have stumbled around for a good two weeks before I began to question the lack of American accents, and the sheer amount of Irish ones (they are everywhere though.)

Priceless! Since you stayed, I can only assume you like it here…
I like the fact you can cycle around the perimeter of the island, or at least a good portion of it. It’s great when I decide to do my bi-annual bout of exercise. I also love the Canarian Folk music, got a chance to catch a bit of “El Pavón” the other night before a gig. It was a spellbinding, almost religious experience and it was free! There were some empty seats there too. Probably quite rich coming from a guy that plays “Sweet Caroline” 6 nights a week but I’d implore more tourists to get involved in the local (often free) cultural events when they’re on.

I totally agree with you. For anyone intending to follow Ross’ advice – we encourage you to! – you can check out the “What’s On” section on our blog where we continuously post a selection of best events around the island, often free.

Getting back to the questions, what is your favourite place in Lanzarote?
I love Jameos del Agua. The birds living and singing in the cave is a sight and sound to behold. I’m also a bit of a hermit so I feel a strange kinship with the blind albino crabs.

One of my favourites too. When you are not busy being a hermit, what do you play and sing?
I play for keeps and I sing for my supper. Ah no, in all seriousness, we play exclusively Indonesian gamelan music, no requests. (Me and the talented Roger “El dedos” Hughes)

(Joking aside, Ross plays the guitar, LOL). Dare I ask how you got into music?
Aside from my sea shantie experience with the Clare island fisherman, I was also luckily enough to be accepted into Skellig Michael’s sole griot family, where I was taught about the rich history of the islands. After that, pub musician was a natural progression.

And who would be your idol?
The Bible disavows false idols so I gotta give it up to the good Lord!

How would you describe your gigs and your music for someone who’s never heard you before?
A painful, but strangely arousing wall of sound.

I’m not going to get a serious answer out of you, am I? You warned me! When and where did you have regular gigs?
I’ve been playing in Scotch Corner and Finnegan’s Wake for the last while, and more recently Hankey Panky’s (Note: all these venues are in Puerto del Carmen). I also played in the legendary PJs which I think is sadly closed now. PJ is a great musician and an even greater guy, it’d be brilliant to see him back here someday.

Ah, those are very nice words. We are almost done. How can our readers keep up to date with your gigs?
Get on the 003 bus and ride it for 3 circuits, at which point you should walk up to the bus driver and give him 33 cents. He’ll drop you off wherever we’re playing.

Hilarious! I might give that a go and see what happens. Finally, tell us something your fans/followers might not know about you (yet!).
As countless job interviews have reminded me, I’m remarkably unskilled. I can do a decent headstand though. I can also do this thing with my fingers.

Hahaha, I bet this must come in handy to play the trickier chords on your guitar. Thank you very much for your time, Ross, for the music and the laughs. Never lose that sense of humour!