How Traditional Canarian Houses Are Constructed 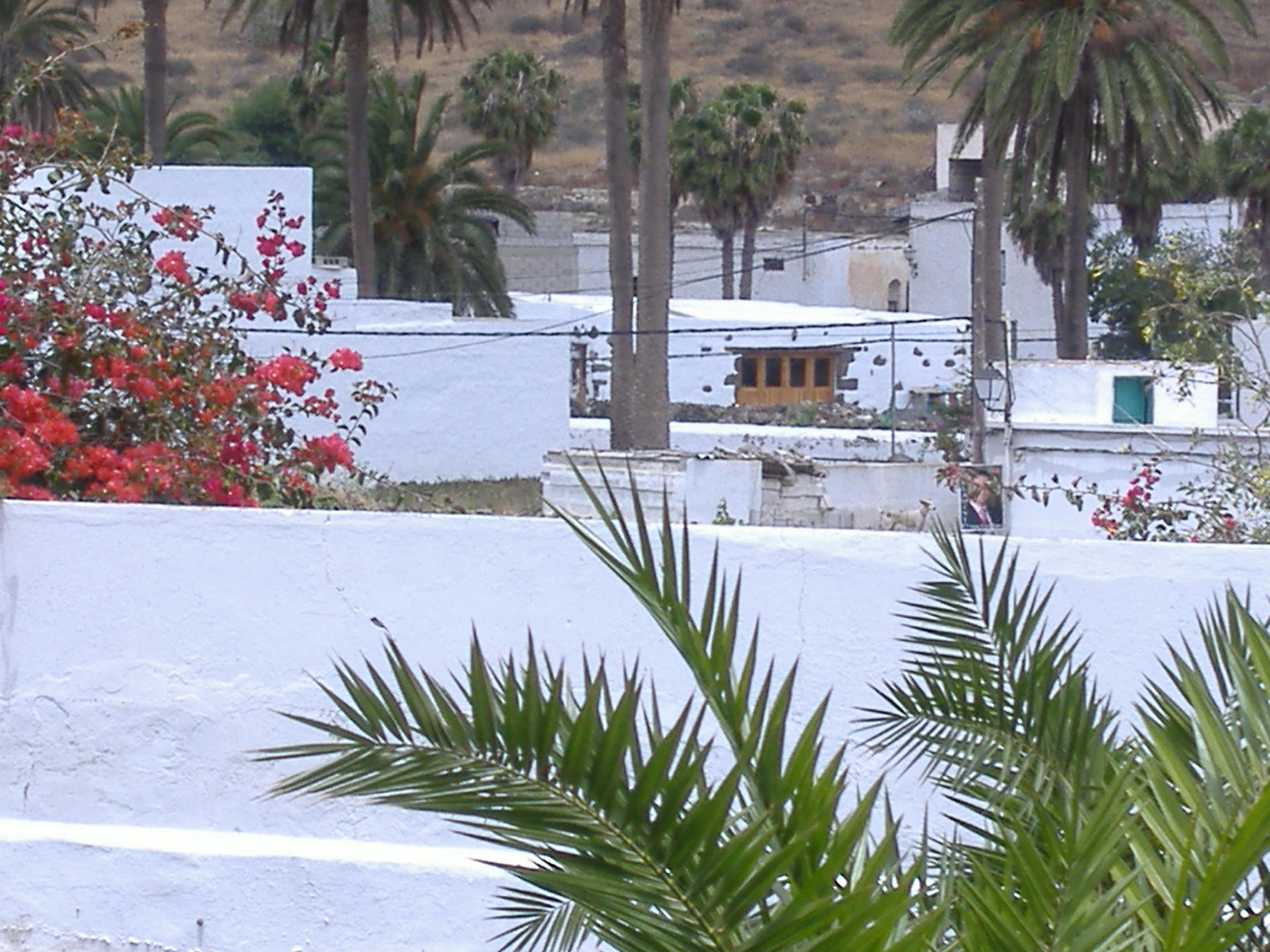 These days, houses are built using cement blocks on a steel or wooden frame. But in many parts of Lanzarote, you’ll find properties built in the traditional Canarian way, using local stone. The construction of Canarian houses is simple, but very effective, and with minimal maintenance, they last for many years.

Unlike a modern structure, they are built with free standing walls, put together into a “dry stone” wall technique, then rendered over, leaving some stones exposed to allow the wall the “breathe” to avoid damp in the winter. The corner stones around doors and windows are often left exposed. These days a cement and black sand render is used, but originally a lime based render was used. Along the coasts you can see ruins of the old lime kilns that used to create the lime render.

Walls are half a metre thick

The walls are generally half a metre thick, consisting of two lines of rocks, with the flat sides facing out, and a “filling” between the two lines of smaller rocks and cement. There’s a great skill in choosing the rocks, positioning them so the wall remains flat, and then filling the gaps with really small stones.

The skill of creating a flat wall from random shaped stones.

Once all the walls are up and rendered, the roof goes on. Long beams are placed about half a metre apart, with planks over the beams. Traditionally, a simple layer of cement was put on top, but these days felt or fibreglass is sometimes used. The whole roof leans down, with simple drains coming out, often to collect any rainwater into a well.

Rendered wall with a breathing stone

Windows tend to be small in Canarian houses, to avoid the solar gain of lots of glass, so older houses can be quite dark inside. The windows tend to be positioned in such a way that they create a through flow of air from the direction of the trade winds. Pergolas are usually fitted over window areas, the provide a space to relax and to keep the direct sun away from the windows.

The thick walls are incredible for insulation, and help to maintain a pretty steady temperature all year round. They seem to achieve the trick of being cool in mid summer, while retaining some warmth in the winter.

As you travel around the island, you’ll see many Canarian houses made in this way. Sadly, some are ruins, but they do serve to show you exactly how they were built. Those that have been maintained are a testament to the original construction. We know several that have been around for two hundred years or more.