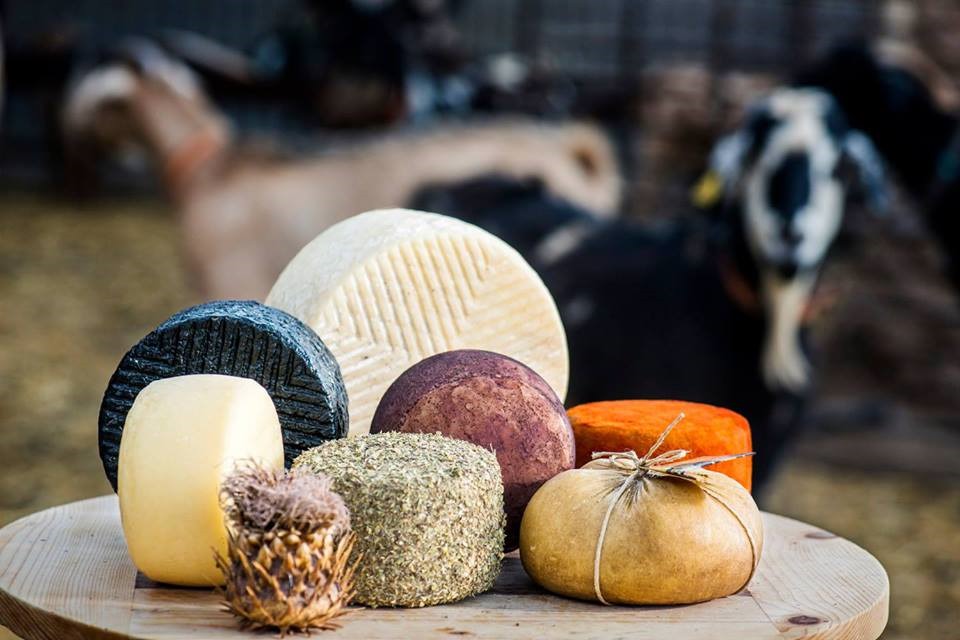 You’ll have to take our word for it that the Finca de Uga is a very special place as it’s not open to the general public. We were privileged to be invited in for a tour of their premises, along with our friends at Eco-Insider. We were all keen for a peek behind the scenes at this award winning farm in Lanzarote.

Primarily the Finca de Uga is a quesería, a dairy farm with cows, goats and sheep for livestock. What strikes you immediately is the passion behind this project, this is no ordinary farm, it’s landscaped and beautifully planted with large enclosures for the animals, who seem extremely content with life.

The dairy was founded in late 2006 by Juan Francisco Rosa and in collaboration with Cheese Master Francisco Fabelo Marrero, they won their first award at Agrocanarias in 2007. The philosophy behind the farm is the welfare of their animals, the dairy livestock includes approximately 60 Jersey cows, 400 Majorera goats and 250 Canarian sheep who are nurtured with a special diet, care and affection, apparently they listen to music each day too!

Apart from the dairy herd, Finca de Uga also has a livestock of Canarian and Iberian black pigs. Their enclosures include large water features, which the pigs enjoy lying in or creating mud to roll in. The Cochino Negro Canario is more black and fluffy haired than the Iberian breed, which was especially notable in the piglets who were brown in comparison. The farm’s breeding programme includes mating the two varieties to create a perfect pig with the best features of both breeds.

Away from the dairy on the other side of the finca is a large agricultural area, here you can find an abundance of fruit and vegetables grown especially for a select few restaurants in Lanzarote. Crops we saw during our visit included pineapple, papaya, broccoli, varieties of melon, lettuces, aromatic herbs and chillies.

From the start, the Finca de Uga wanted to create a range of cheese that appealed not only to conejeros but also to the millions of tourists that visit Lanzarote each year.  The quesería produces a fabulous varieties of cheese from the different milks, some unpasteurised / pasteurised, smoked, with herbs and spices and different levels of maturity:

Queso Fresco: fresh cheese made from pasteurised goat’s milk or a mix of three milks

Bodega: goat’s & sheep’s milk with a minimum of 8 months maturing

Alegranza: unpasteurised goat’s milk with a minimum maturing of 3 months

Finca de Uga have won various awards every year from 2007 to date including Agrocanarias, Cincho, Tabefe and the World Cheese Awards (W.C.A.).

Products from Finca de Uga are available to buy from a few specialist gourmet shops in Lanzarote and only a handful of restaurants, so if you see these exclusive cheeses during your travels around the island, don’t miss the opportunity for a taste test.

Here’s information about enjoying the KM zero meal and visit to the finca.