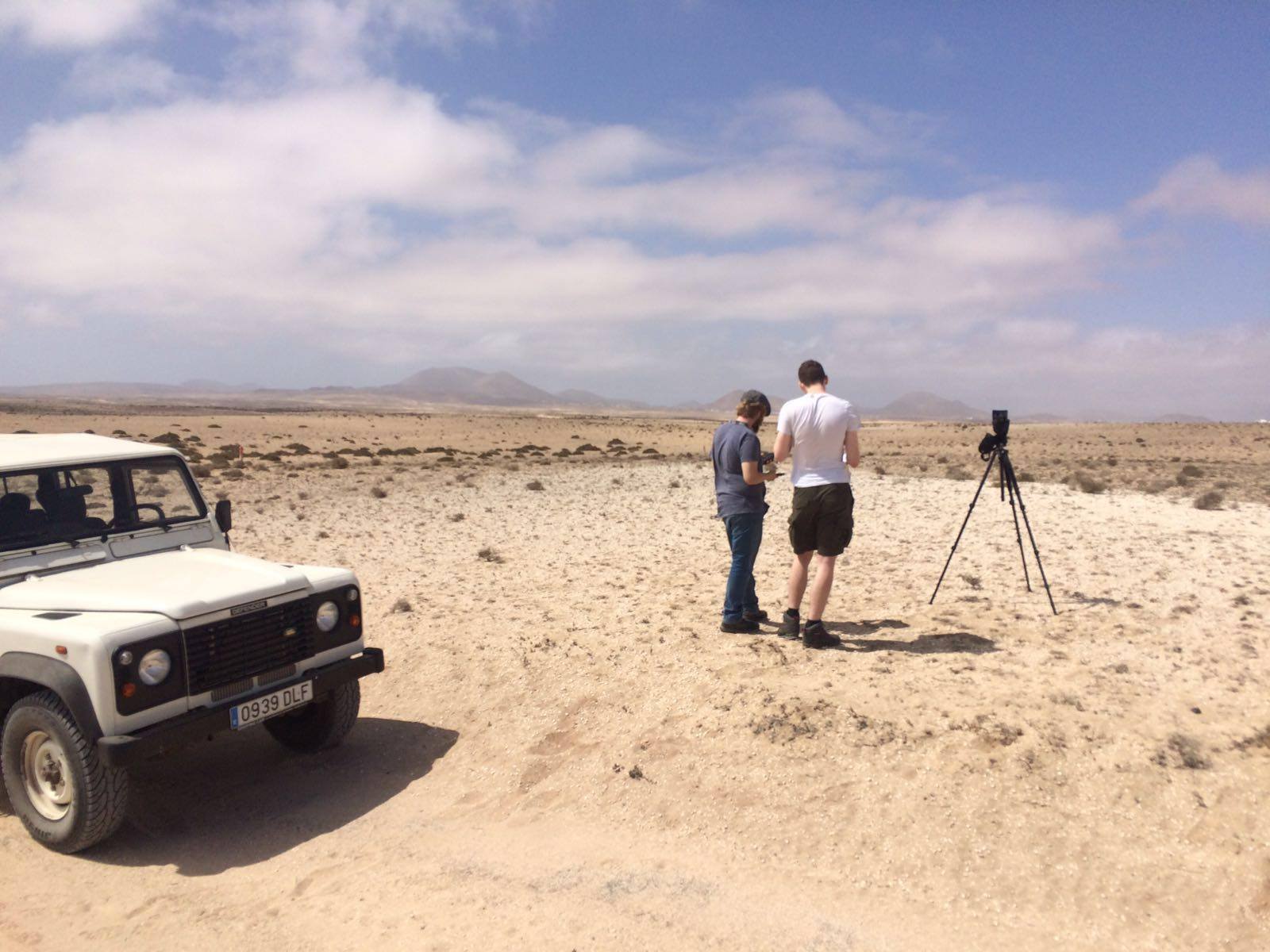 Desert Watch is a new charity project being set up by the team behind Lanzarote Eco Insider. The aim of the project is to create a centre to investigate, protect and study the environment in two of Lanzarote’s most unique areas – El Jable and the Chinijo Archipelago.

The Jable is the area of the island where sand is blown from The Sahara by the predominant north westerly trade winds that blow here. The landscape of the jable is constantly moving and changing as the sands moves across the island from the coast along from the Famara cliffs.

Despite appearances, it’s also home to a huge number of species, so provides a fascinating insight into the biodiversity of the island.

The Chinijo archipelago consists of the islands off the north coast of Lanzarote – Alegranza, Montaña Clara and the Roques del Norte and Oeste, where there are large colonies of birds that use the islands as their breeding grounds.

The Desert Watch team have put together an impressive request for funding to build there field station in El Jable, and have impressive support from a number of academics from around the world, including Dr Nigel Collar:

“As Chairman of the IUCN Bustard Specialist Group I welcome the Cabildo’s interest in the conservation of El Jable, which is a crucial area for the globally threatened African Houbara, and warmly commend Desert Watch as a local group of deeply committed citizens. A field station at El Jable run by Desert Watch, open to all researchers, will bring both credit and credibility to the island of Lanzarote in the eyes of international conservationists. Lanzarote will be seen as leading the way on the study and preservation of the African Houbara.”

We’ll keep you posted on the project as and when we get more news and information.