Why The Cloud In Lanzarote Is Called “Donkey’s Belly” 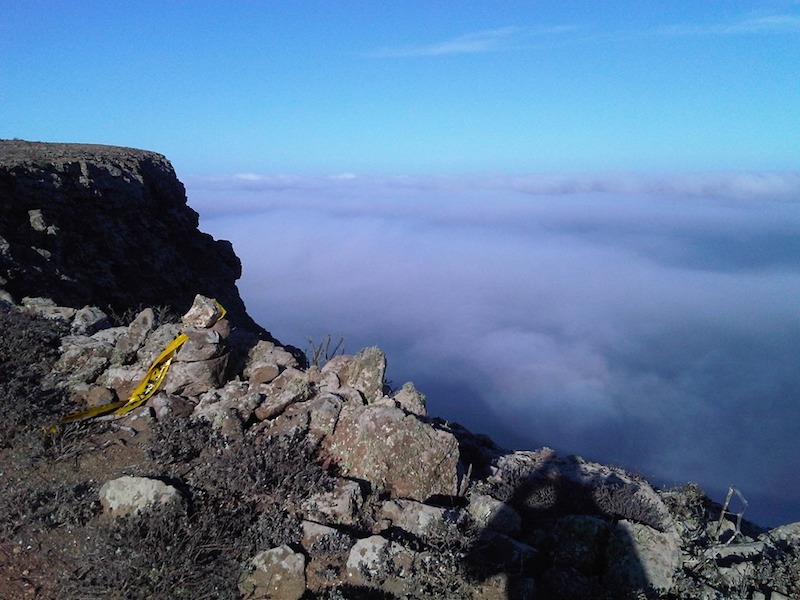 I heard a cloud expression once that I didn’t understand. It was “Los alisios siguen trayendo panza de burro” which translates to the trade winds are bringing donkey’s belly!

This is a Canarian expression which refers to the weather phenomenon that occurs in the north of almost all the Canary Islands during the summer months. It’s when there is an accumulation of low altitude clouds which act as a sunscreen, blocking out the heat of the sun and accompanied by a fresh, cool breeze. This phenomenon is caused by the trade winds pushing the clouds against the mountains to an altitude of 1,500 meters.

The key to understanding the panza de burro weather phenomenon is explained in the diagram above which shows the anticyclone in the Azores. The high pressure at the centre is anchored on the Portuguese archipelago during the summer months which creates the moisture laden trade winds in the Canaries.

The donkey’s belly is formed when the trade winds arrive at the Canary Islands, this fresh and humid wind meets a stronger dry wind at  around 1500 metres which creates what looks like a sea of cloud from above and shading the land below.

This cloud formation  is known locally as the donkey’s belly, the expression originates from farmers who would take a siesta in the fields during the hottest hours of the day, resting in the shade from their donkey’s belly.

Lanzarote’s highest point is Peñas del Chache at 670 metres, so although we have thick cloud that forms along the Risco de Famara, we don’t often have the chance to stand above it. More often the cloud forms in a huge bank above the cliffs, which swirls down into the valleys of Máguez and Haría, like dry ice flowing in a nightclub.

The holiday resorts of Lanzarote are situated on the east coast of the island, so tourists are rarely affected by this cloud that forms along the west.

Apart from an odd few weeks, there is always a breeze in Lanzarote and the Canary Islands. As an islander this is something to be grateful for, especially as the wind is strongest during the hottest months of the year. The above wind chart is based on actual data for Lanzarote from October 2000 to April 2014.

Arrecife Sands is a stunning luxury apartment, right on the beach in Lanzarote’s capital city of Arrecife.