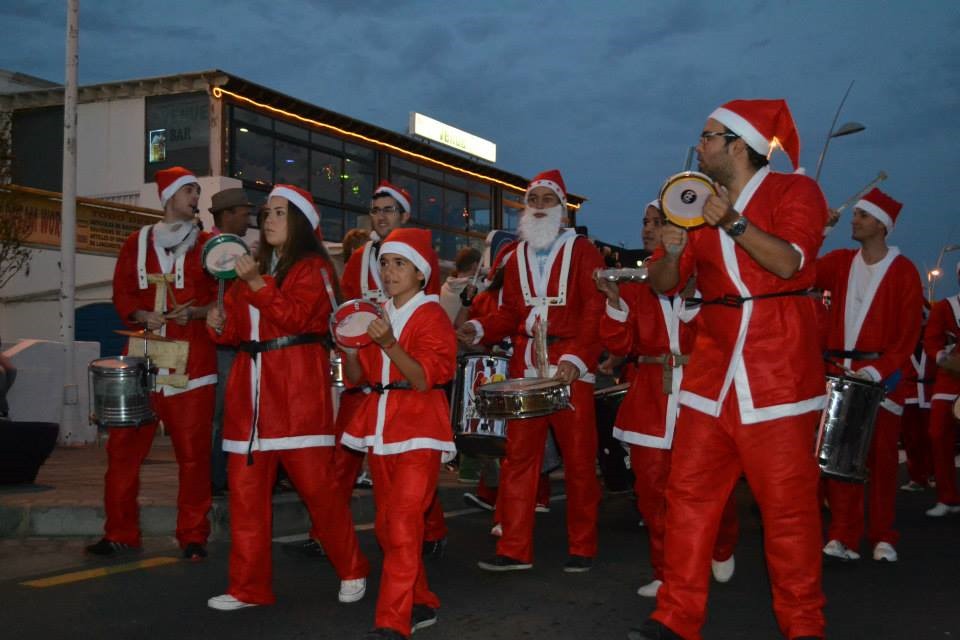 Tuesday 10th
19h Inauguration of the Nativity Scene outside the Church. With the performance of the German Choir, Marine Choir of Puerto del Carmen and the School of Music of Tías .

Saturday 14th
20h Closing Act of the Centenary of Juan Brito Martín with the performances of the group Los Gofiones and the company Pieles at the Varadero Square.

19h Inauguration of the Nativity Scene and switching on of the Christmas lights at the square of the Church San Antonio. With the performance of the Folkloric Group “Coros y Danzas Arrecife”.

From Monday 9th to Friday 20th
Photographic Exhibition by Gustavo Medina: “Lanzarote desde otra perspectiva” (Lanzarote from another perspective) at Ermita San Antonio Art Gallery.
Inauguration on Monday the 9th at 19h. Visiting hours: Monday to Friday from 9h to 13h and from 17h to 20h.

Monday 9th
20h Homage to Juan Brito Martín. Showing of the documentary “Tamia” and performance of Los Campesinos and Domingo Rodríguez “El Colorao” alongside Fabiola Socas at the Municipal Theatre.

Sunday 15th
19h Christmas Festival. With performances by Beatrice Senent School of Dance and parranda El Golpito. Charity event with the collection of non perishable food for the Social Services of the Tías Townhall. At the Municipal Pavillion.

Friday 20th
20:30h Gathering of the “Ranchos de Pascua” from Mácher, Tinajo and Tías at the Municipal Theatre.

Sunday 5th
18h Parade of the Three Wise Men, departing from Restaurante las Viñas, passing by Avenida Central and Calle Libertad. Collection of letters address to them will take place at the Municipal Pavillion.

ALSO:
December 2019
Friday 13rd
16:30h Visit of the Nativity Scenes around the island for the senior people of the municipality. Tickets €5 including a snack.

Sunday 22nd
13:30h Christmas lunch for the seniors of the municipality with live music and presents. Tickets €30 including transport.

Registrations for both at the “Área de Mayores”, the Department for Seniors of the Townhall.

Playa Blanca
2
From £575 per week
Get our newsletter!