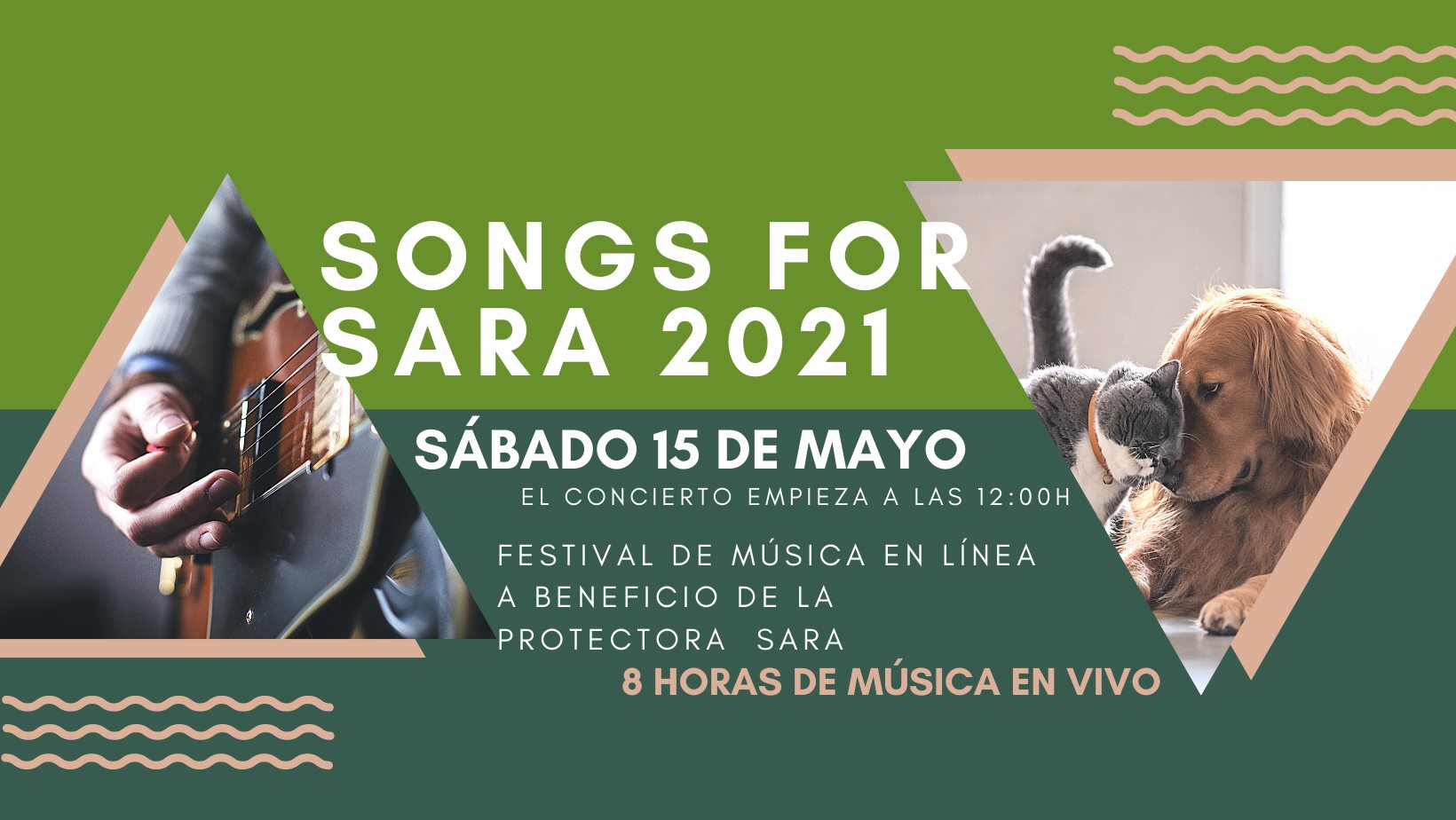 A volunteer group of residents in Lanzarote are organizing an online music festival to raise funds for the SARA animal shelter, very appropriately named “Songs For SARA”.

Like almost everything else in the island, and everywhere in the world, SARA’s ability to help the homeless cats and dogs of Lanzarote has been severely hurt by the pandemic. Due to the lockdown and Covid restrictions, SARA has been especially devastated by:
– a shortage of volunteers
– the closure of fund-raising markets for many months
– closed shops, meaning collection boxes aren’t being filled
– and the absence of visitors who are missing out on their donations

To give you an idea of the vastness of the shelter financial difficulties, it costs SARA around €20,000 a month to look after the more than 400 animals they care for. This event’s goal is to raise at least €5,000, a very conservative amount when you stop to think that it represents a mere week’s costs! Obviously, any amount raised will be received with open arms by SARA.

Modelled after the successful fundraiser of 2020 by the group Lanzarote Musicians Unite in aid of EMERLAN https://lanzaroteinformation.co.uk/live-from-lanzarote-facebook-charity-concert/, “Songs For SARA” will be an online livestream music festival on Facebook that will take place on May 15, 2021. The event will take place for 8 hours, beginning at noon (Lanzarote time), with 3 to 4 artists per hour performing and it will include interviews and other stray-animal information as well. It will be hosted by the driving forces behind the festival, local musicians James Lynch and Marc Piano from the well-known band Concrete Jungle, who will be joined by Mila Alemán, a multilingual collaborator of SARA’s who is also an animal lover.

Lanzarote resident artists will be featured heavily, of course, including many from last year’s LMU concert and some new ones. There will also be some international participations from the UK, Ireland, France, the United States and Germany for example, with many diverse musical styles and in several languages including English, Spanish, French, Italian and German. Check the poster for the confirmed line up of live participations and some of the pre-recorded ones.

Donations are going through a crowd-funding service, which is already up running, and it will go directly to the SARA association itself. For each €5 donation, you will automatically get one entry to the big prize drawing, of which local businesses are yet again donating generously.

You will find all the relevant links to the fundraiser’s Facebook Page with all the latest news about the festival; the donations platform; the prizes gathered so far (they are still receiving more); and the rest of the social media accounts, below.

How can you help?

The most obvious way is by donating, no matter how small amount you can give. As they say, “every little bit helps.”

However, the organisers are very aware that not everybody is in a personal position to contribute financially so, here are some other ways that you can help the cause: join the Facebook group, invite your friends to join in, tag your friends on the posts that you think are funny, interesting or THAT raffle prize that you think they would love to win… or donate a prize if you are a business and you can afford to do so. And of course, if you are in a position to adopt a dog or a cat, giving them a forever home, whether it’s from SARA or at your local animal shelter, please do so.