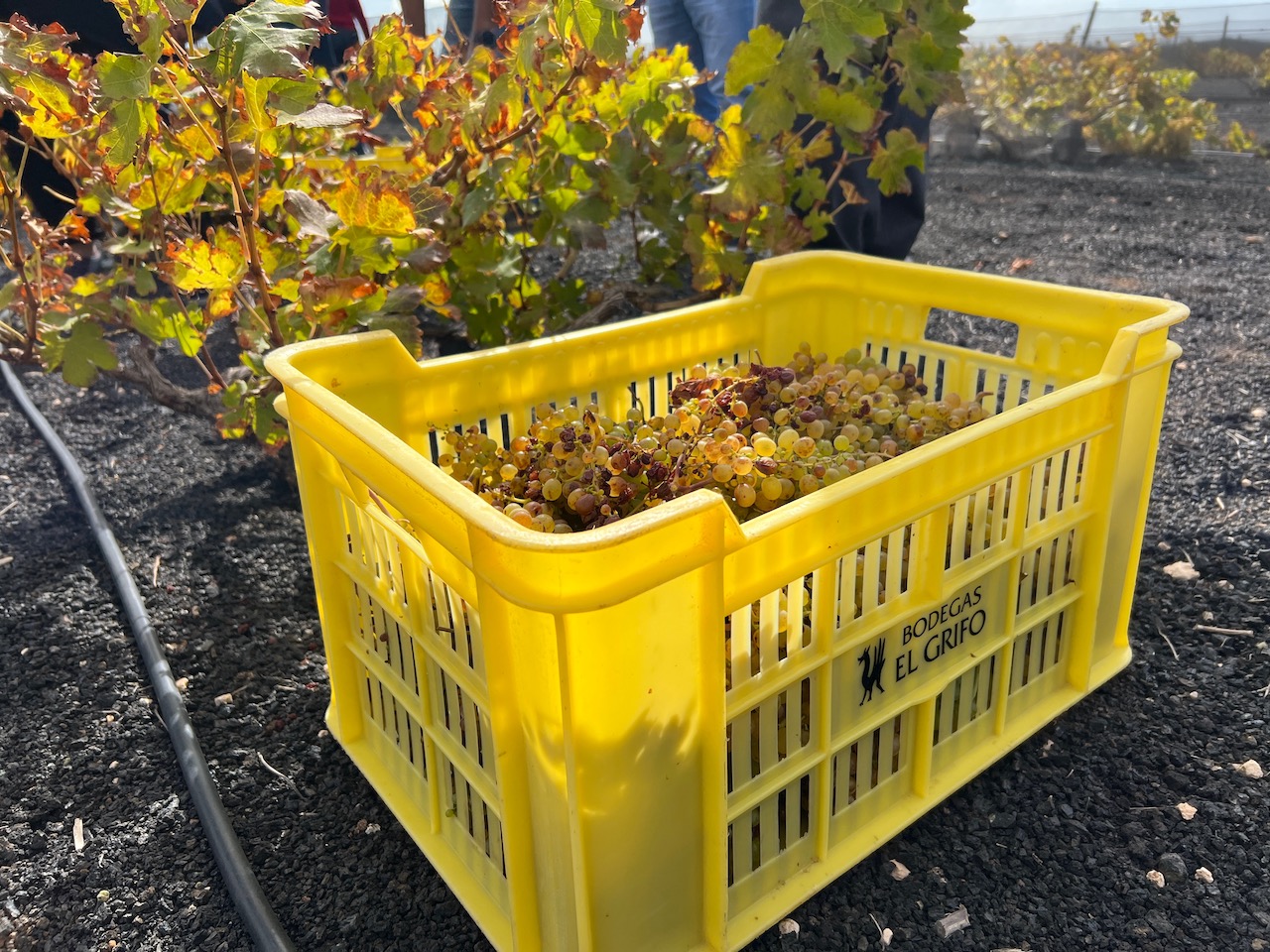 Bodegas El Grifo made wine history this week with the first winter harvest to take place in the Canary Islands.

Being the 1st in the Northern Hemisphere is not unusual for the island, as Lanzarote wineries tend to start their wine harvests in early July. The difference is that these vines were cultivated in October and harvested during the last week of March and first week of April!

These particular Malvasía Volcánica vines are situated at the Finca Playa Quemada. The finca has 2,140 vines planted over two hectares, situated on the lower slopes of the island, just 1,950 metres from the sea. Approx 1,800 vines are white grapes, they also cultivate the red, Listan Negro, which was part of the same experiment and may be used to produce a rosé. The location was a vital part of the project due to the warmer climate experienced by the coast, where as the majority of vines are normally grown inland.

We were invited with various media companies and professionals from the sector to experience this historic milestone first hand.

A passionate speech was given by Francisco Raimundo García Reyes (Paco), the bodega’s viticulturist who explained the process was basically the same as a traditional harvest, the biggest change was the cultivation. By pruning the vines at the beginning of October they enabled the vines to sprout as if in the spring cycle.

These vines have produced a higher quality and fresher grape, as their growing season coincides with the wetter months in Lanzarote. (click any image to open the gallery and read captions)

After the presentation, small groups were invited to help harvest the Malvasía Volcánica and be part of the event which has caught the attention of wine connoisseurs worldwide.

Chef Dailos Perdomo from Restaurante Liken in Playa Blanca created a special sardine sandwich for the occasion. This is a typical snack for grape pickers, although I doubt they normally taste as wonderful as the one we were presented with! Liken’s version included local sardines from La Tiñosa pickled in Malvasía Volcánica, with a purée of grilled onion and vine stock in a light bread roll.

We’re looking forward to attending the winter harvest presentation on the 22nd April at Bodegas El Grifo and we’ll let you know what the wine is like!

Read more about Bodegas in Lanzarote.