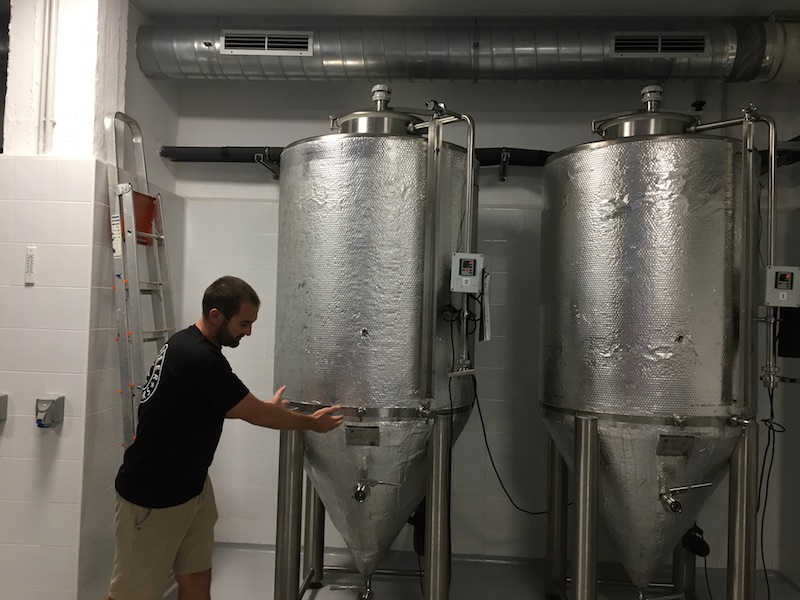 Mike
TO DO, TO EAT

We joined them to find out more and to taste some craft beer.

We started at Los Aljibes de Tahiche where we met the owner Gavin and where they have been brewing craft beer for a few years. We tried their American Pale Ale, the Oktoberfest beer being brewed at the time and a Pilsener. The beers were delicious and full of flavour.

Our tour guide Paddy gave us some fascinating information about the location for the brewery, which is a Cesar Manrique designed venue and which now houses one of the island’s best restaurants. He talked us through the brewing process, explaining how craft beers use just four ingredients – water, malted barley, hops and yeast. We were able to smell and see how these are used, and how long they spend at various stages of the process. What’s fascinating is that different types of beers are essentially made by varying the amount of these ingredients and changing the style of water. It’s a far cry from the chemicals you see on the side of a can of mass produced beer!

Next we headed into Arrecife to meet Miguel at Cerveceria Nao. Here, they brew an APA called El Capitán – my favourite beer, a blond beer called La Glora and an IPA called Mucho. Again, the beers were delicious, and Ollie took us through their brewing process, focusing on the bottling where the second stage fermentation takes place. Nao has a little bar attached to it which opens a couple of times a week, and is popular with locals.

At both breweries we were served tapas to go with our tasting – local cheeses and meats, and at Nao, we were able to buy a few bottles to enjoy at home.

One of the best things about these tours, is that you are collected from your accommodation in a mini bus, so you don’t have to worry about drinking and driving!

The tours run every Friday afternoon and cost €55 per person. You’ll taste at least 7 beers, transport is included, and you’ll some interesting parts of the island. You can book here: Craft beer tours