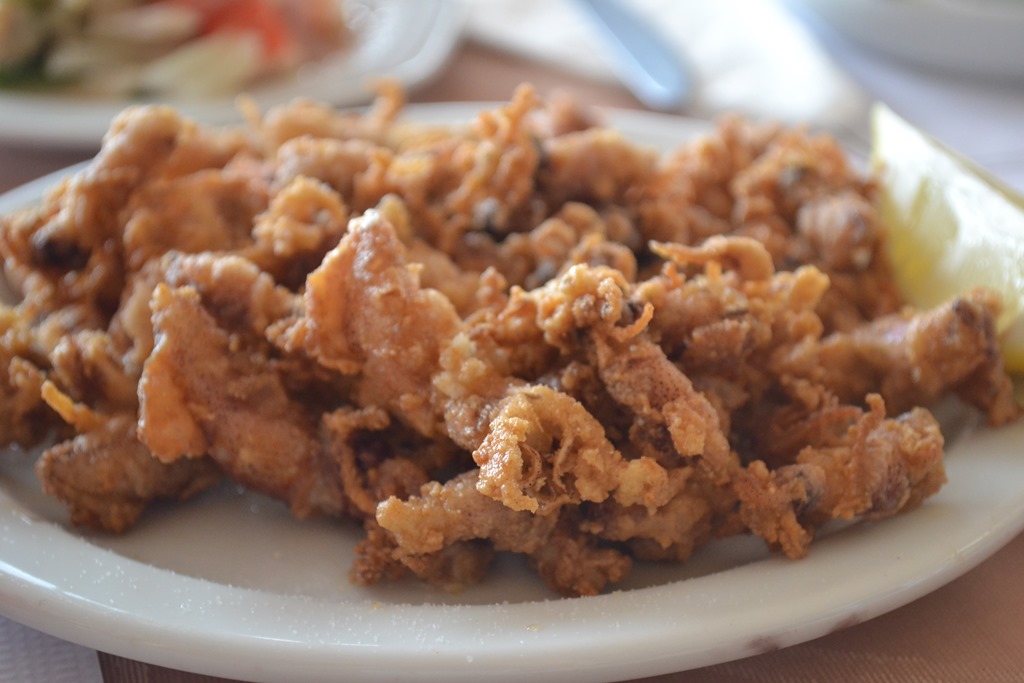 Do you want to eat traditional local food when you’re in Lanzarote? Many restaurants produce Spanish or Mediterranean dishes, but if you want Canarian food, here are 10 dishes to try:

Sometimes called Canarian potatoes – these are locally grown small potatoes and are boiled in very salty water (originally sea water) in their skins and served with:

Every restaurant has their own (often secret) recipe for Mojo. The red one can be quite fiery and the green one very garlicky and with a fresh coriander taste. Sometimes aioli, or garlic mayonnaise is served as well.

This is a generic name for a stew, which will contain pieces of meat, sometimes goat, more usually beef, chorizo, chick peas and vegetables. The most common variant here is called Ropa Vieja, which is also found in South America and the Caribbean.

This is a flour made from toasted maize and can be used in many dishes. Balls of it can be flavoured and fried, it can be used as a thickener in stews and it’s often used to make soft biscuits as a dessert.

These are whole baby squids, dredged in batter and deep fried. Crunchy and delicious, they just need a squeeze of lemon to make the flavour burst out of them. (Pictured)

These are small anchovy fillets that have been pickled in olive oil, vinegar and garlic – delicious on their own or placed onto slices of fresh bread.

These are limpets and are a real delicacy here – they are usually served in the frying pan they have been cooked in, with a butter and garlic sauce and freshly chopped coriander.

This is the fish of the day, served simply grilled and either with or without garlic. Most commonly it will be Dorada (Sea bream) vieja (parrot fish) or Cherne (Stone bass.)

There are still several large herds of goats on the island and they produce some excellent cheese. It’s very white, and mildly flavoured and slightly salty.

This is a deliciously sweet dessert dish. It’s made with ground almonds, honey and egg yolks and is very rich. It can come as a sponge cake soaked in it, or used a sauce over ice cream.

You can see our recipes and restaurant reviews in this section of the website: Lanzarote to eat.

You don’t see these on menus here very often, but when you do, order them! The little prawns caught around La Santa are so sweet and delicious. Generally, they are just boiled or steamed and served over salt crystals.

Would you like weekly news from Lanzarote delivered to you via email every Friday? Get the Lanzarote Newsletter.