What Is Three Kings All About? 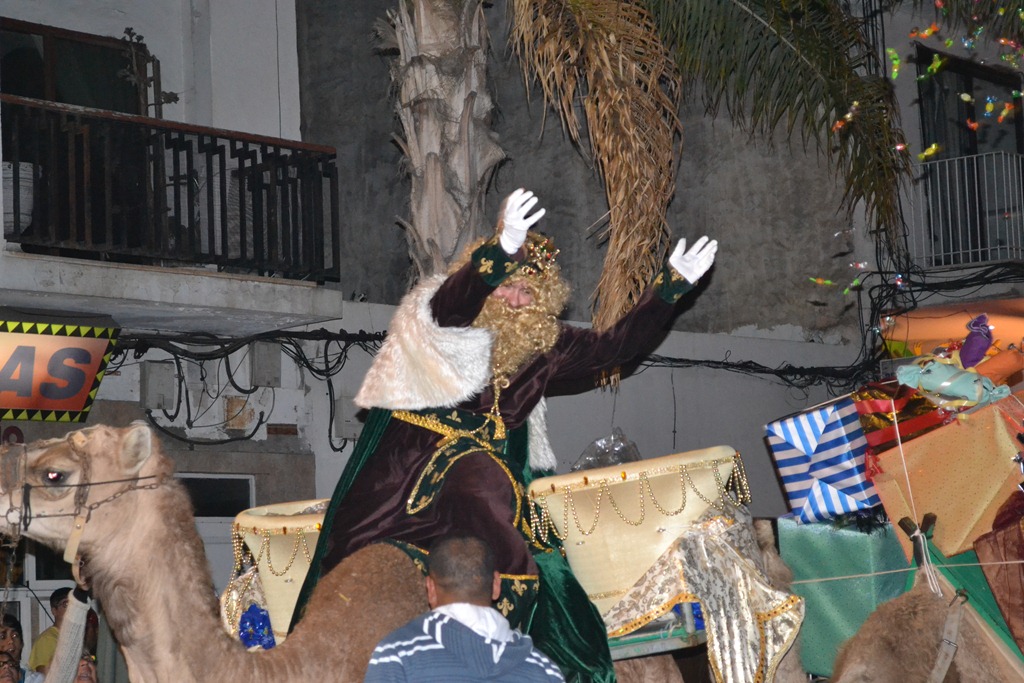 In many ways King’s Day, the celebration of “Three Kings” or El Día de Los Reyes is more important here in Spain than Christmas day.

It’s the day that Spain celebrate the three Kings, or the three wise men, bringing their gifts to the baby Jesus. And that means it’s the day when most children get their Christmas presents.

The Kings, Melchior, Caspar and Balthazar, play the same role that Santa Claus does in many countries – they are the ones that bring the gifts – and children write their letters to them to explain how good they have been and to request the presents they want.

Children leave drinks out for the Kings on the night of the 5th, and food for their camels, for this is how they travelled according to the bible. They also leave their shoes outside the front door, in the hope they will be filled with small gifts or sweets.

King’s day is always on 6th January, but the processions take place the evening before, all over Spain. They are called Cabalgatas. Every town and village has a procession of the three kings, but the largest are in the cities on the mainland and they can attract hundreds of thousands of people.

The three Kings travel through the streets, usually on camels, but in smaller villages, they might be in a Toyota Pickup (!) throwing sweets out for the children. Then they will stop somewhere to give the kids a chance to request their favourite presents for the following morning. The procession will often be accompanies by torch bearers, fireworks displays and street performers.

During the day of the 5th you’ll see people rushing into bakeries all over the island to buy a special cake called a Roscon de Reyes. It’s a sort of bun ring, decorated with candied fruit and filled with either cream or vanilla custard.

You can see the planned processions on the island for each year here: Three Kings Parades Lanzarote