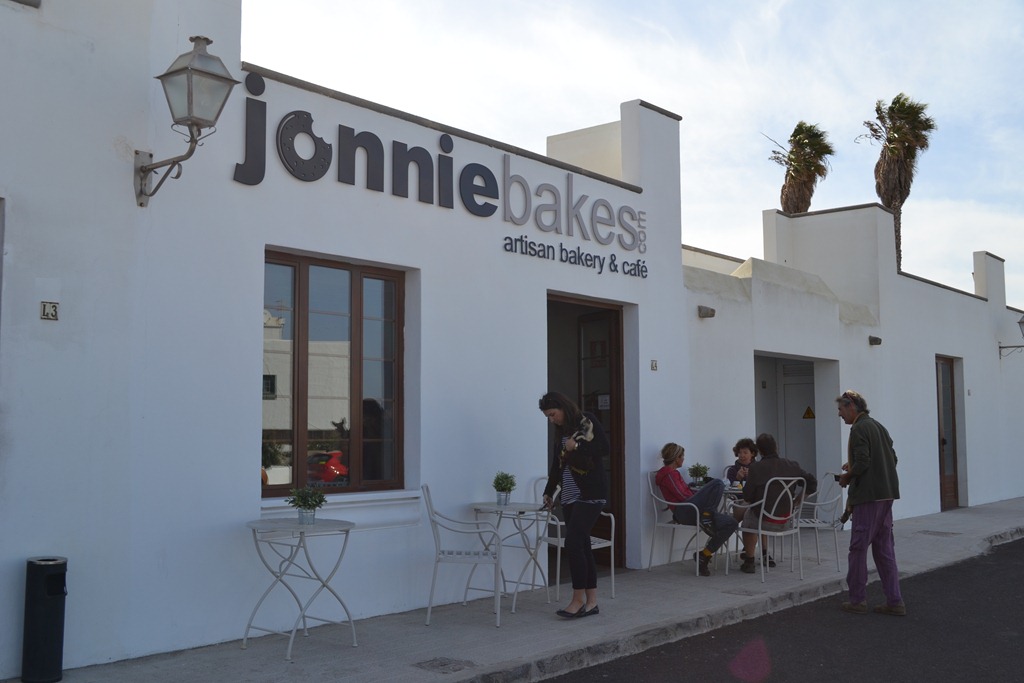 Grant, now known as Jonnie, has followed his passion for food and opened Jonnie Bakes, which is situated on the top road by the Pirate Museum in the old capital. Jonnie and his partner Anton run the shop and they always look after their customers with good old fashioned service.

We sat down at the only empty table inside and ordered a slice of bakewell tart, red velvet cake, cafe con leche and hot chocolate. The place was buzzing with a mixture of clients including English, Spanish and German. Our drinks and cakes arrived, I was delighted with my hot chocolate which comprised of a hot glass of milk and two dishes of buttons, one dark the other milk. Jonnie explained that I add the buttons to the hot milk to make my own hot chocolate according to my taste and of course you simply eat any left in the dishes!

We were enjoying the atmosphere and our chat so ordered a second drink as well as reserving some pasties to take home for lunch.

Jonnie Bakes is a regular haunt for us, it’s on one of my main thoroughfares and we often drive or cycle past, and are usually tempted to pop in. We bought two Cornish pasties and a cheese pastie home for lunch as well as a red velvet cake. We really enjoyed the pasties, despite microwaving them to heat them up, the puff pastry was flaky and the filling delicious.