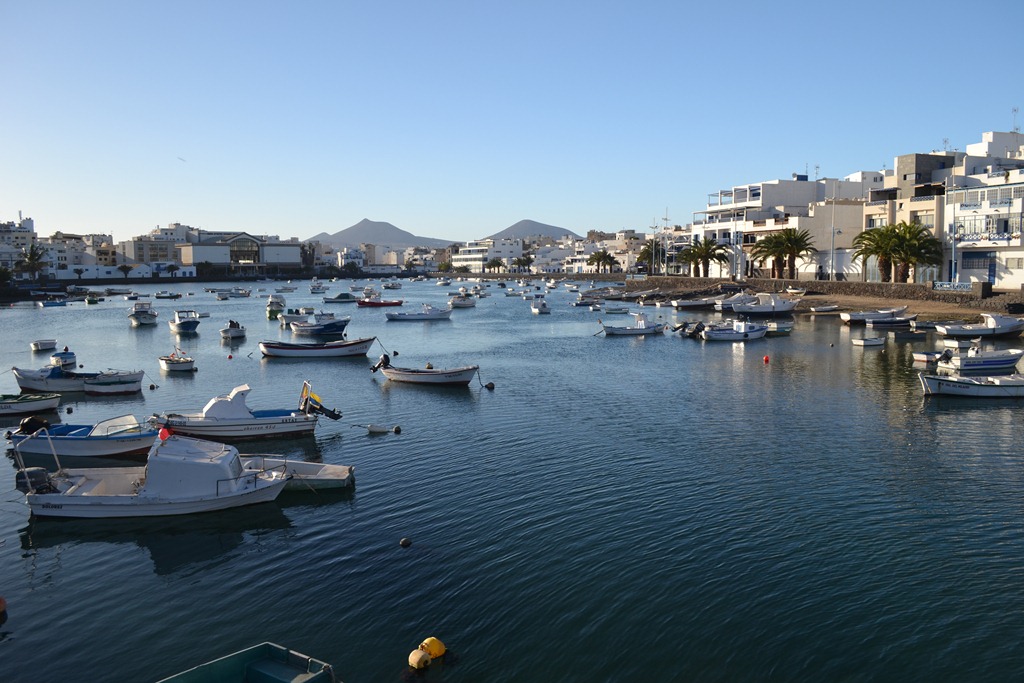 The requirement to wear masks outdoors across Spain will end next Thursday 10th February.

Teguise mayor Oswaldo Betancort has been ordered to “immediately execute” the demolition of the skeleton building in the La Mareta area of Costa Teguise, or face fines and possible criminal charges. The court originally ordered the demolition in 2015. Work was originally stopped on the building, which is right at the main entrance to Costa Teguise in 2007. The original licence was granted in 1989 and the then mayor was later charged with granting an illegal licence for the property, which did not meet local planning standards.

The Irish low cost retailer is in talks with the developers of the new Garavilla Shopping centre in Arrecife, and is expected to announce the opening of their first store on the island soon.

Cruise visitors to Arrecife on Aida Ships will now be able to come ashore themselves, without having to remain in an excursion “Bubble.”

In the latest Thursday update from The Canarian Government, Lanzarote has remained at Level 3 of Covid restrictions, despite rapidly falling case numbers.

Jet 2 Offering Record Number Of Flights To The Canaries

Jet 2 are offering significantly more flights to the islands in both summer and winter 2022, around 30% higher than in 2019, pre-pandemic.

The Covid pass to enter bars and restaurants with a capacity of 30 or more is no longer compulsory in levels 3 and 4. Bars and restaurants can choose to continue asking for the pass, and they will then be able to operate at a higher capacity and stay open longer.

An electric ultralight aircraft took flight over Lanzarote this week. The Swift Light E, piloted by Manfred Ruhmer, is able to stay aloft for up to four hours on a charge.

The team at Lanzarote’s DO, the regulator for wines produced here have moved to new offices at Monumento Campesino in the centre of the island. Cabildo President Dolores Corujo signed the agreement at the monumento, and handed over the keys.

Restoration work has finally started on The Priest’s House in Famara, an unusual frontline building which has been gradually falling into disrepair. Read more about the house.

And Also On Casa Carrasco

Casa Carrasco, located on the road to La Geria from Monumento Campesino will also undergo a full restoration, now that planning permission has been granted. The property is owned by Bodegas Los Bermejos.

Antigen Tests Only Have Validity of 24 Hours

Effective 1st February, Spain has changed the validity of antigen tests for entry to the country, from 48 hours to 24 hours. PCR tests remain at within 72 hours of travel.

At the same time, Spain has adopted the pan EU rule which means vaccinations expire after 270 days. This means anyone who had their second dose more than 270 days before arrival, will need a booster dose. The final dose must be given at least 14 days prior to arrival and within a maximum of 270 days.

The ferry route between Lanzarote and Huelva, on the mainland of Spain, increased it’s traffic by more than 20% in 2021, with many Spanish tourists choosing to use the ferry service and bring their cars to the island.

Another Lottery Win For The Island

An Arrecife resident has won a novel prize in the Once lottery draw – €2000 per month for the next ten years!

The calima, a phenomenon which normally lasts two or three days, has persisted this week. It started on Friday and by Tuesday the air quality was still poor. It also brought higher than normal temperatures for the time of year. There’s a possibility of rain on Thursday, which should clear the air.