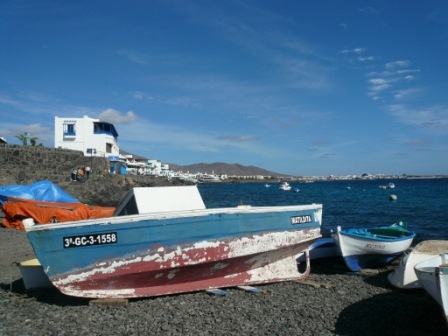 Aemet are predicting high temperatures over the next few days, with 35 degrees expected on Friday, rising as high as 38 degrees by Tuesday.

The music festival Sonidos Liquidos takes place this Saturday in La Geria. The main road through town will be blocked for part of the day, as people will be asked to park away from the venue and use a park and ride service.

Spain Ministry of the Interior has announced a new category of driving licence that will allow 16 years olds to drive a specific type of car. The cars must be electric, weigh less than 400 kilos, with a power output of 20.4 cv, and have a maximum speed of 90 kmh. Currently the Renault Twizzy fits those parameters, for example.

Pedro Medina Voltes, who was the first practicing dentist on the island has died at the age of 87. Pedro started working here in 1969, and he covered both Lanzarote and Fuerteventura.

Arrecife City council has agreed to subsidise the cost of converting taxis to make them accessible for use by disabled passengers. €50,000 is available to any existing taxi licence holders, to help them for the the necessary adaptation.

Work has been completed on the restoration of Teguise’s windmill, which was officially re-opened at the weekend. The project cost €104,000 and was paid for by the EU regional development fund.

Two criminal organisations have been broken up with a series of arrests in The Canaries and mainland Spain. The two groups were responsible for bringing more than 200 boat people from Morocco to the islands, charging passengers €3000 for the trip.

Lanzarote’s 2021 vintage has been tested and will be “Very good.” Wines are classified in range from average to excellent, and this year’s harvest will be in the very good category.

The budget airline Wizz Air has cancelled a significant number of flights from UK from 10th June onwards, including many flights from their Doncaster base to Lanzarote.