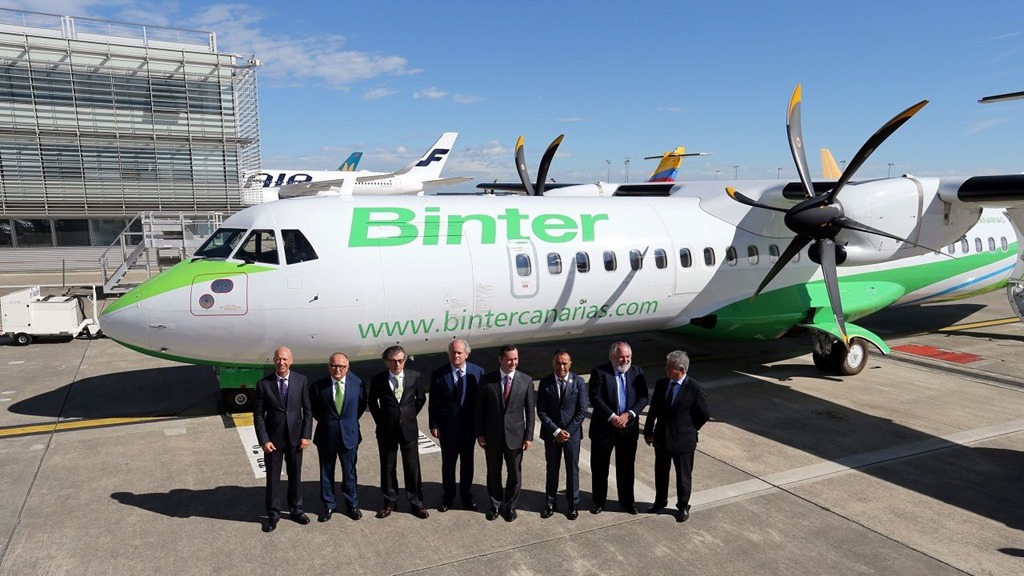 Most readers will know that you can travel to Fuerteventura and La Graciosa by ferry from Lanzarote, and we know many of you enjoy trips to our neighbouring islands.

But did you know there is an island hopper air service that flies several times a day from Lanzarote? It’s called Binter Canarias and they have been offering regional flights since 1989.

From Lanzarote you can fly direct, several times a day, to:

But from those, you can connect to all the other islands as well as destinations in Morocco, Cape Verde Islands and Portugal.

The Tenerife North airport is close to both the capital, Santa Cruz and the stunning university town of La Laguna. It’s also only about 40KM from Teide, Spain’s highest mountain. If you fancy spending more than a day in Tenerife, you could also travel to the south of the island and visit the famous tourist area of Las Americas.

Las Palmas airport in Gran Canaria is close to the capital of Las Palmas, which is great for shopping, and once again, doing a couple of days there would give you enough time to visit Playa del Ingles in the south.

Either are very doable in a day for shopping, taking an early morning flight over, and a late flight back. Car hire is easily arranged at both airports.

Binter’s fleet consists primarily of comfortable ATR72 high wing prop aircraft. With their low slung fuselages, the view out is exceptional, and they tend to fly at low altitude. On every flight you are given water and either a chocolate biscuit or a fresh donut.  In addition to the 72’s, they have two Bombardier CRJ1000 jets and a couple of Embraer jets, which run on dense routes and are a bit like flying in a Lear jet!

Binter have seat sales from time to time, so look out for them, and for Lanzarote residents, there’s a whopping 70% discount on fares, using a Spanish government subsidy to help families in the islands stay in touch with each other.

You can search and book flights on their website: Binter Canarias

Do you spend a lot of time in Lanzarote? If so, you may want to look at Club Lanza Info.