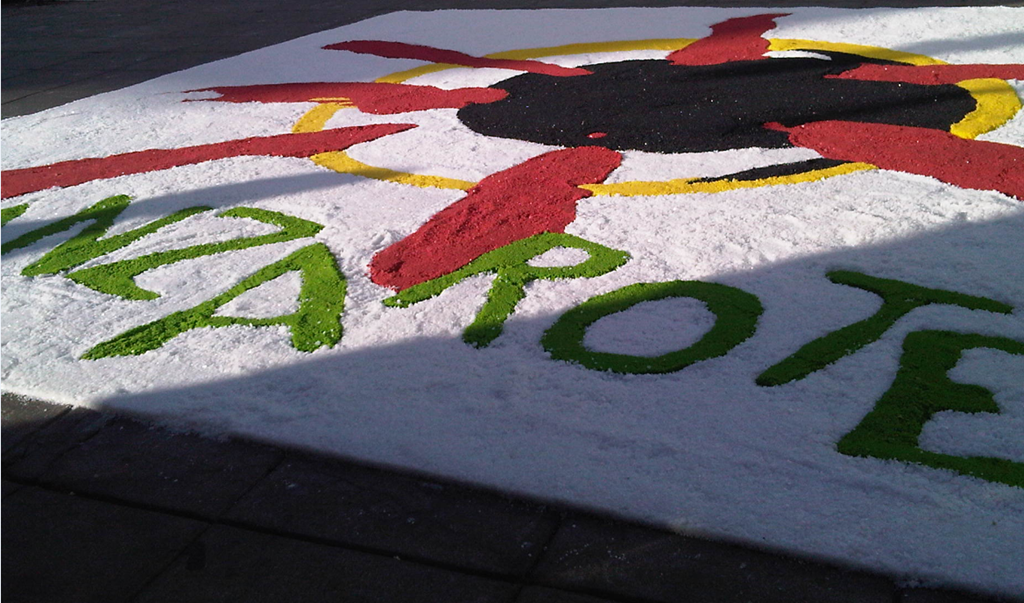 The alfombras de sal (salt carpets) are spectacular, hundreds of locals will take to the streets around Lanzarote over that weekend, to create wonderful brightly coloured murals made from Lanzarote sea salt as part of the Corpus Christi celebration. The following day, our local Catholic churches will walk over the carpets as part of their Eucharist service.

Salt produced from the island’s salinas situated at Salinas de Janubio (Yaiza) and salinas de Los Cocoteros (Guatiza) are used for this event.

The reason these are made has been lost in the mists of time, but it’s thought the idea originated in the 1930’s, and for many years it died out, and was resurrected in the 1990’s.

Here’s where you can find the local clubs and associations hard at work, creating their masterpieces on the Saturday:

The Feast of Corpus Christi falls between May and June, depending upon the 8th Thursday after Easter. Our churches hold the procession at the following Sunday service.

In 2019 the salt carpets will be created on Saturday 22nd June, and the procession held on Sunday 23rd June.

See more Things to do in Lanzarote.