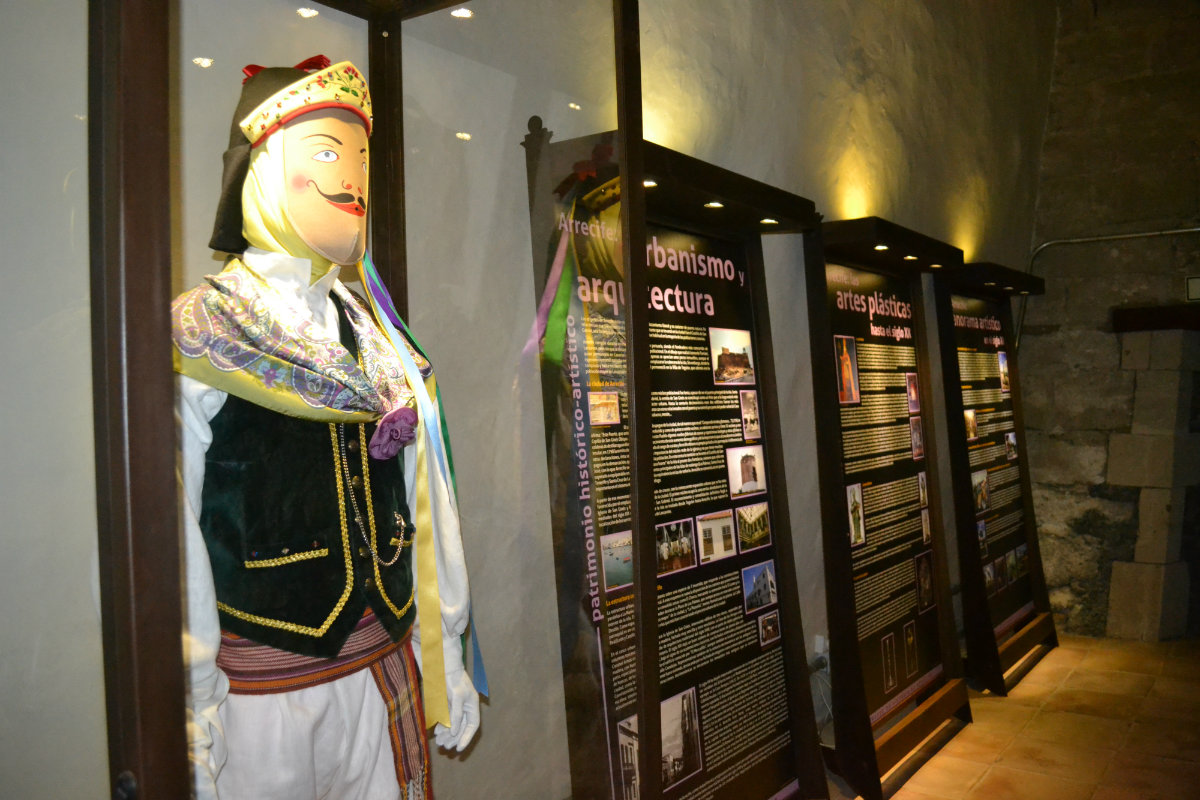 The Museo de Historia de Arrecife is a history museum based in a castle on the waterfront of Arrecife, the capital of Lanzarote.

The Castillo San Gabriel – San Gabriel castle can be found on the waterfront of Arrecife. The castle was founded in 1593 when a square shaped fort was built over 5 years to create a defence against pirates. The outer walls, stairs, guardhouse, ammunition store, underground reservoir, dungeon and sentry boxes were added between 1666 and 1667. The castle was still inadequate to properly defend the island from buccaneers, so the San José castle over looking Puerto Naos was constructed and Las Bolas bridge added during 1771 and 1779.

It’s good to see this castle and the history museum open to the public again, it’s an interesting place to have a wander around and offers a lovely panoramic view of Arrecife’s waterfront from the roof. The interior has a permanent exhibition on display, sadly there’s lots of really interesting information, but it is only available in Spanish.

There were lots of foreign visitors exploring the castle on the day we visited, the majority couldn’t understand the historical information which was a shame and due to the limited space, it wouldn’t be possible to add other languages in the future, maybe an audio guide could be produced to fully appreciate the facts contained inside.

The history exhibition has been divided up into sections, including maritime, military and heritage.

Read about the other castle in Arrecife: Castillo San José.