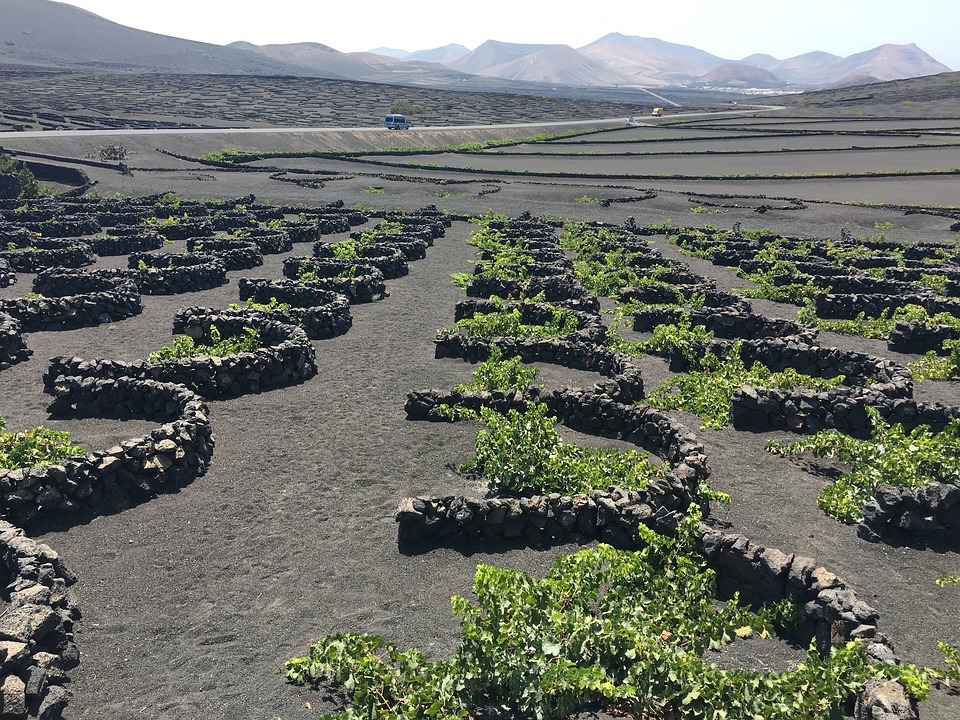 We all enjoy fun facts. So here are 6 facts about Lanzarote.

We have all heard of Lanzarote being compared to Mars, but did you know that the European Space Agency trains it’s astronauts on the island?

You can cook using the heat of a volcano!

Set against the volcanic backdrop of Timanfaya National Park the El Diablo restaurant relies on the dormant volcano producing bursts of heat or hot vapour, which rise through a hole in the ground to cook the food.

A balanced diet is a glass of wine in each hand!

La Geria is a wine producing region which lies at the foot of numerous volcanoes. The area covers 3,000 hectares and incredibly churns out somewhere between five and six million grapes each year and 300,000 bottles of wine.

Big fun on a small island!

We have some black sand beaches!

Lanzarote has over 100 beaches, some have golden sand, some have white sand and a few of them have black sand, which is composed of volcanic minerals and lava fragments.

Lanzarote is known as the Hawaii of Europe, which should tell you something about the waves that you can expect on a surf trip here.

These are 6 facts about Lanzarote, but you can read many more in this section of the website: Top Tips

A 5 bedroom villa with it’s own private swimming pool, Casa Lottie has everything you need for a luxury holiday, including a Jacuzzi.