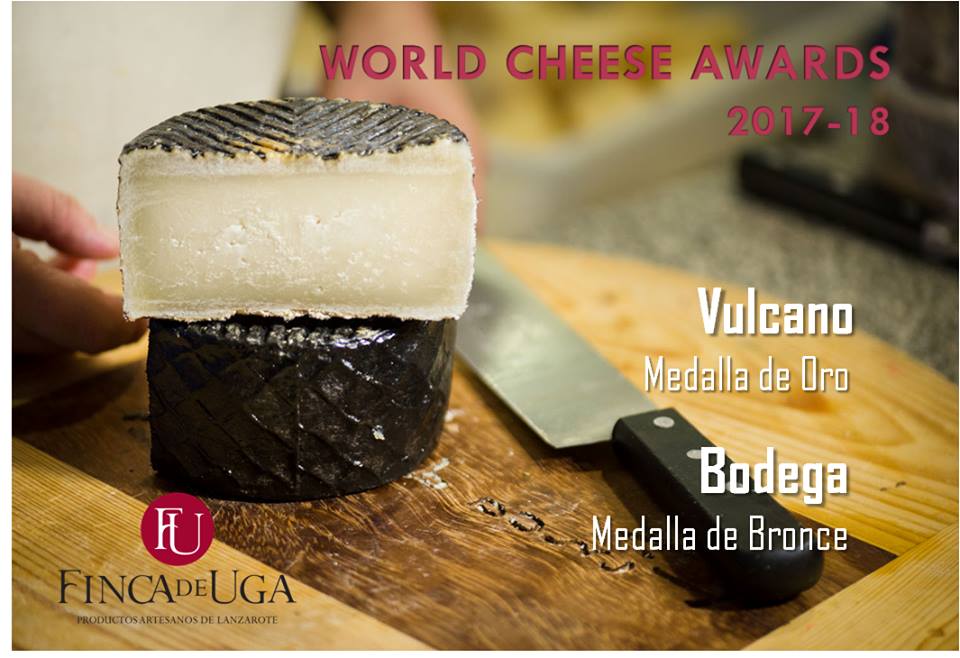 This year’s edition of the World Cheese Awards, organised by the Guild of Fine Food, took place in Tobacco Dock in London.

Over 3,000 cheeses from 35 countries took part on this competition with 250 judges, that represented 29 different nations, choosing the winners in a blind tasting system.

36 Canarian cheeses received prizes: 16 from Gran Canaria, 10 from Tenerife and 7 from Fuerteventura and 3 from Lanzarote.

Out of the Lanzarote winners 2 of them are from Finca de Uga: Vulcano received a gold medal and a bronze was awarded for Bodega.

Vulcano is produced from a mixture of sheep, goat and cows milk. It is matured from 3-8 months.

The texture is described as: Closed, slightly unctuous. Average humidity.

Both of these cheeses are best served at 20ºC at which their flavour and aroma are at their most intense.

Have you tried any of these 3 cheeses? What do you think of them?

Next year the competition will be held in Bergen, Norway.

We visited the Finca de Uga in 2013, it’s a stunning farm situated on the outskirts of Uga.