What A Year For Writing Women 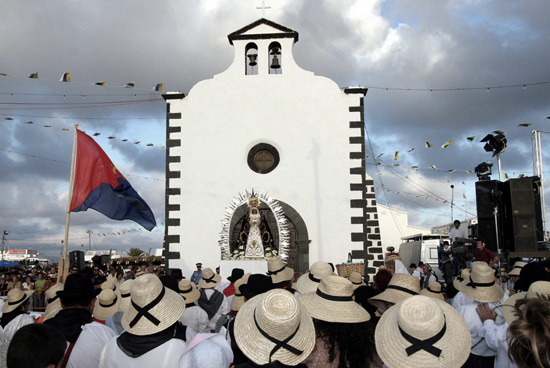 I noticed a report in the current edition of Yaiza Te Informa about interesting demographics to emerge from a short-story writing competition. The 8th Annual Playa Blanca Short Story Competition was clearly revealed by those demographics to have been a year for women! On 12th July The Castilla del Aguila Cultural Association declared the names of the winners in this year’s annual Playa Blancas short story competition, .. and they were all female!!

The ´awards ceremony´ was held in Playa Blanca municipal library. Present at the event was the Councillor For Culture from Yaiza Council, which sponsors the competition.

In the adult and junior categories prizes were 400 and 250 euros respectively and there was 200 euros in prize money for the infants and micro story sections. All the finalists in each category won a cash prize with their award, as well as a book, Diama and Fajardo, donated by the Osidinami bookshops who are partners in running the competition.

This 2020 event is sure to be remembered as the one (and hopefully the only one) we could not publicly celebrate in the way the competitors and winners deserved. However, it should also be remembered as having not only women as all four winners but also as having had nine female writers in the ten finalists !

That only male entrant in that final list, by the way, was a resident of Playa Blanca. Pedro Alisedo has regularly contributed to this annual event and has often caught the eye of the judges. It might be scant consolation to him, but he might now be the answer to a question on many Lanzarote bar quizzes about who the only male nominee was when nine women filled the top ten places in the island’s major literary competition.

To give everybody their fair dues, Yaiza Te Informa also printed the names of all ten finalists, including Amanda Ferriera and Graciola Rodino in the adult section and Athenea Rodriguez and Wolke Fricke in the juniors. Famara Umpierrer and Daniella Arocha were short-listed in the infants, with Daniella also listed in the section for micro-stories with Pedro.

With all articles written in Spanish and English this free gratis magazine, Yaiza Te Informa, is a really useful publication for those of us living on the island who want to fully immerse in the warm waters of island arts and culture, though it is specific to the Yaiza municipality. You can usually pick up a copy of this A4 monthly publication in the local petrol stations and on the counters near the tills in the shops and supermarkets of the area. You may be aware, of course, that all the municipalities produce similar booklets.

Don’t forget though, that as venues open, artists and audiences return I will keep you updated with news, interviews previews and reviews on my pages here on Lanzarote Information. Remember, as well, that Miguel’s newsletter and web site points you towards a what’s on guide that includes full Cabildo listings.

Nevertheless, I noticed a letter in this month’s edition of the island’s lifestyle magazine from a reader who was asking the editor of the magazine about the arts, quite simply, What’s On? Of course, the answer at the moment is that on Lanzarote, and indeed almost around the world of arts, there is not a whole lot all going on at the moment, though of course we editors and writers are only the messengers carrying that communiqué, so please, don’t shoot us. Nor can anybody blame artists, venues, proprietors or promoters for not organising arts events whilst we are still sorting out appropriate social distances even whilst knowing that Covid 19 is still making its huge and horrid presence felt every day.

Film, skype, zoom, Netflix etc might soon be the new ´live´, although the editor responded positively to the letter writer’s enquiry. The correspondent has been visiting Lanzarote twice a year as a tourist for over twenty years from Amsterdam. His scheduled visit for May 2020 was cancelled for all the right reasons, but he’s back here now, and as he has always done he has picked up the glossy magazine to find details of ´what’s on.´ He wrote in to the magazine then with the observation that he could find nothing. He said that whilst he had expected that to be the case he was still disappointed that the well was,..well,…well and truly dry !

The writer urged residents and tourists alike here on Lanzarote to keep up the health checks, follow the advised procedures and stay safe so we can all return as soon possible to the new normal. He suggested visitors from other countries should bear in mind that the locals on the island were in very strict lockdown for as near as dammit a hundred days, many of them without income for most or even all of that time. He said visitors should not forget to tip generously, although I think the island’s tradesmen, restauranters, waiters, taxi drivers etc would far prefer their tips to be earned by their professionalism rather than be given them out of pity.

Of all the arts and cultural events, the writer to the magazine seemed most concerned about Los Dolores, the (Christian) religious pilgrimage to Mancha Blanca from all points of the island that takes place each year in September. He wondered whether the event would be entirely cancelled, or arranged slightly differently.´

The editor’s reply was sympathetic, mildly encouraging and perhaps as optimistic as he could make it in the circumstances. Although he would love to write events on the arts calendar, he said, as yet there were very few indeed and that he couldn’t see that changing until September at least. I think that is the view of most of us who work on the periphery of the arts, any vision we hold in our imagination is being pierced by ´spikes´ around the world, a ridiculous cacophony and confliction of advice, especially from the UK, and the apparent nonchalant disregard of any advice by the population in some countries.

We saw a lovely live concert on Saturday 8th August in St. Bartolome that was our first for over five months. The artists, a pianist and soprano, were excellent but it was a very strange, and very different experience from anything we have previously seen. We will explain why in a full review on these pages next week, tempered by the news we read on the following morning that current covid19 cases on Lanzarote had, that same weekend, doubled in one day, with figures suggesting a link to the return of tourism. That said, the reported cases are a-symptomatic or mild, so although they represent a disturbing trend they don’t yet suggest any real crisis.

I love the arts and I have faith in the arts. I believe arts and their products can inform us and guide us through this crisis or any crisis and I think that generally speaking artists share an incredible generosity of spirit, and the response of many of them during lockdown times of offering zoom concerts, workshops interviews etc has perhaps earned them a higher regard from the general public than ever before.

Nevertheless, like all of us, artists cannot survive on thin air, and so the pace of the re-establishing of the arts scene will be dictated by market forces, themselves steered by health procedures, social distancing,…. and the cost of performance compared to the total of income it could generate.

Certainly we love the arts have to be fishers of art-lovers, else all is lost.

Arrecife Sands is a stunning luxury apartment, right on the beach in Lanzarote’s capital city of Arrecife.