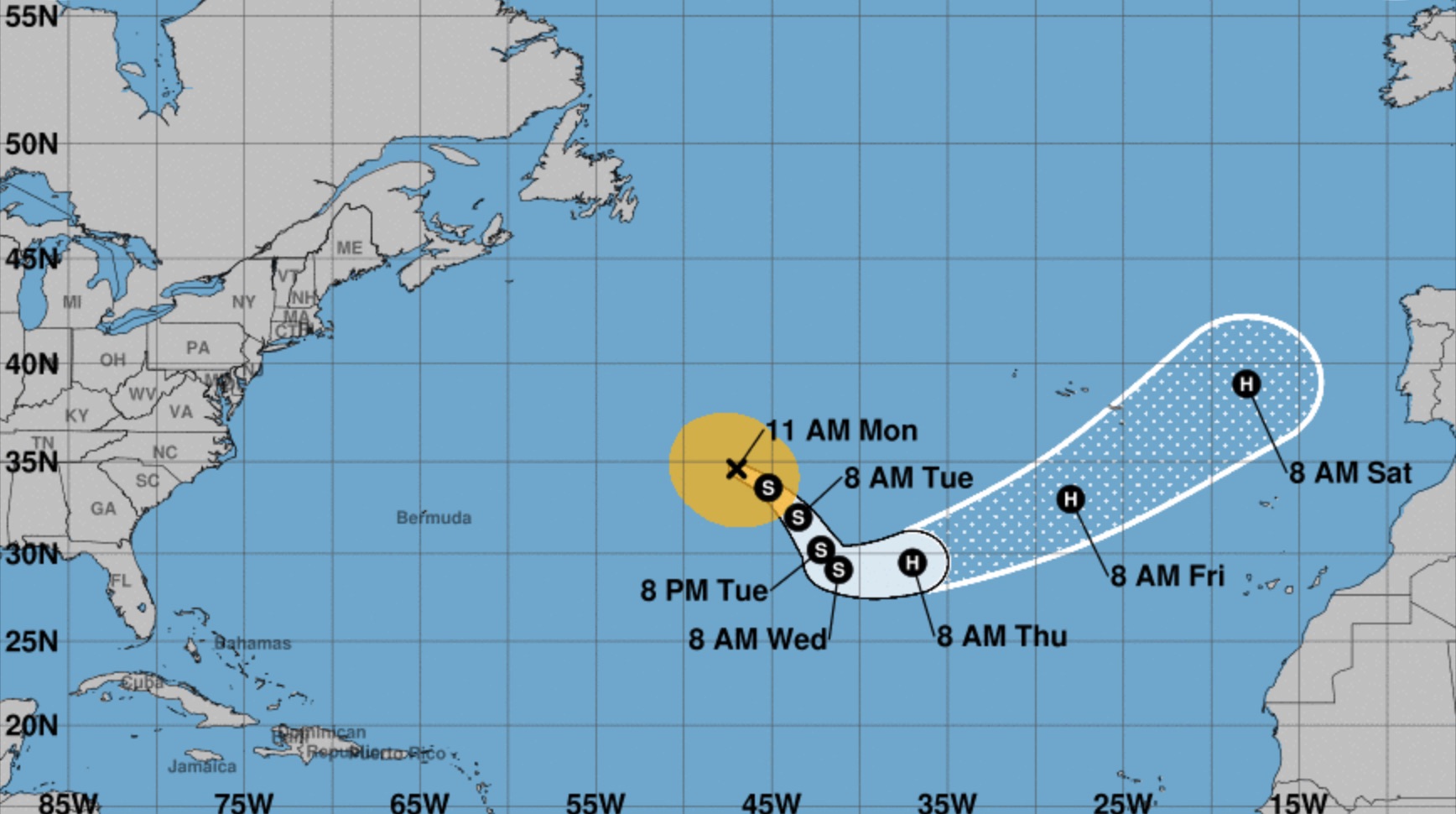 Good news this morning for The Canaries!

Overnight, Leslie moved well north of the islands, and didn’t take the expected turn south. We’re expecting some rain in Lanzarote today and a slight increase in the wind for a couple of days, but nothing serious here at all.

It looks like the storm will hit Madeira hard and then carry on to the Spanish peninsular, dissipating en route.

Leslie has now been upgraded once again to a hurricane. The latest predicted track brings it directly over The Canaries, but the NOAA are saying that the track is very unpredictable, and could change substantially.

For that reason, the local weather service AEMET are only issuing an advisory currently, as opposed to an alert. Their advisory talks about winds of force 7 and seas of 4 metres arriving on Monday. However, they also point out that there is a “high uncertainty” about the forecast as the trajectory of the hurricane is so unpredictable.

We’ve had some heavy rain on the island overnight and this morning, and it’s pretty blustery. This isn’t the storm, but the weather front moving ahead of it. The forecast is for sunny spells for the rest of the day and the rain to die away.

As you can see from the latest tracking image, the NOAA computers are now predicting that the storm may turn south as it gets closer to the islands. If this proves to be correct, it could get bumpy on Sunday.

We’ll keep you posted on this page, so bookmark it.

As you can see from the image above, when compared to Monday’s at the top of the page, the storm’s track is now looking like it will come closer to The Canaries.

Rain has already arrived in Tenerife, but here in Lanzarote it’s a glorious morning. Local weather sites are forecasting that the rain, which is running ahead of the storm will be with us tomorrow.

The wind forecast has now increased to 30KMH for tomorrow, but if the track is correct, we are only expecting some blustery rain tomorrow, with conditions getting back to normal by Friday.

Tropical Storm Leslie looks likely to pass north of the islands later this week, as you can see from the predicted track shown in the image above, which was issued by the National Hurricane Centre on Monday 8th October.

It does appear that the weather running ahead of the storm will break the amazing sunny and hot weather we’ve been enjoyed for several weeks in Lanzarote. Rain is likely on Wednesday morning, with winds picking up to 20KMH, temperatures dropping a couple of degrees, and the possibility of the odd thunder storm. Assuming the track is correct, it looks like The Azores will bear the brunt of the storm.

Currently the forecast is showing us getting back to high temperatures and light winds from Friday onwards.

We’ll update this page with any change in the storm’s track. The last time a tropical storm hit Lanzarote was in 2005. Tropical Storm Delta caused widespread damage across the island.