The Soul Of Portuguese Music On Lanzarote 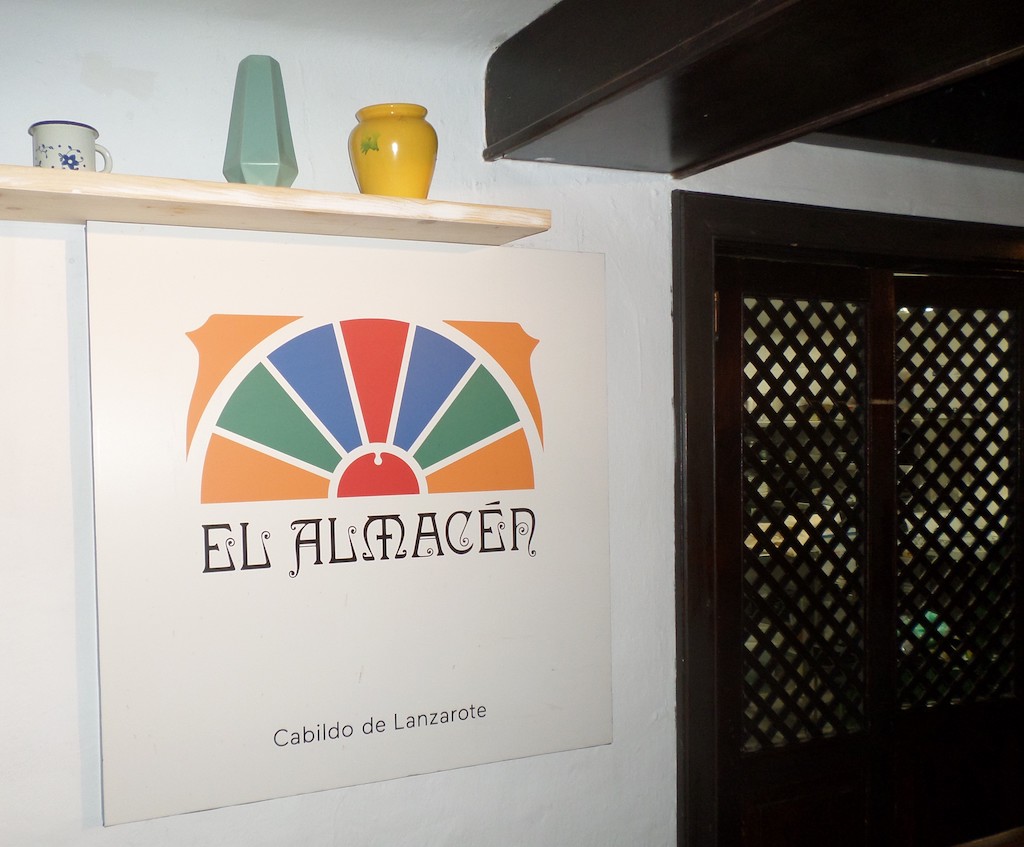 Seeing in the advance publicity that tonight’s artist, Sara Correia, is an exponent of Fado music I had to lean heavily on the expertise of writer Tony Coelho to find out more about her preferred musical genre. The clue was found in in the title of Tony’s on-line article, The Soul Of Portuguese Music, because Fado singing is often associated with the pubs, cafes and restaurants of Portugal. Generally reckoned to have emerged there in the eighteen twenties, its roots are likely to reach down even further than that.

Fado music, typically, seeks to reconcile the harsh realities of daily life with an unfailing optimism that things can be improved upon. The lyrics speak of permanent loss and far-reaching consequences and the music is often comprised of one or two 12-stringed guitars, one or two violas and occasionally an eight string bass.

Even this somewhat parochial and niche genre, however, has two main varieties, called Coimbre Fado and the better-known Lisbon Fado, a style that has its origins in the margins of society, and was originally most frequently found in the music from the wrong side of the tracks, frequented by the sailors and street-walkers of the ports. Its present popularity began at the start of the nineteenth century, although a new and stricter censorship introduced in the twenties brought changes to its presentation as social entertainment. However, radio broadcasts ensured that Fado music lived on in the hearts of those who loved it and even found new followers in the younger generations.  Then, as greater recognition of what became known as World Music grew around the globe in the nineteen nineties, so Fado re-emerged as a popular style.

Seemingly more rooted in tradition is the Coimbra Fado, grown from the academia of the country. In this genre singers and musicians often wear scholarly attire that consists of dark robes, capes and leggings. This is a Fado music often sung on the streets or in a city square.

The Lisbon music, meanwhile, grew to appeal to the working class but the original Coimbra Fado grew with the student classes among the universities and academies of the country.

Apart from these associations with diverse and specific audiences there is little difference between the two schools of Fado, although only the Lisbon Fado can be sung by either males or females,…Coimbra is only sung by males, and is arguably the least resigned and fatalistic of the two genres. It is perhaps not surprising that the academic version should be the more rehearsed of the two with the Lisbon style being more likely to be improvised during performances.

The wider world first became aware of Fado music through the work of Amalia Rodrigues, but the ´Rainha do Fado´ (Queen of Fado) sadly died in at the age of seventy nine at the turn of the millennium, just as her lifetime´s work was bringing growing awareness of her music. She had become one of the most important personalities of the music she loved and an inspiration to modern Fado and its contemporary singers. Her charisma and personality were assets to her extraordinary voice. As an acclaimed artist she performed for Royalty and for political dignitaries and was widely decorated and honoured in her later years, even being bestowed with The Legion d´Honneur by the French. After her State Funeral, being perceived as having almost single-handedly brought Fado music to prominence, her remains were transferred to Lisbon’s National Pantheon.

It is surely due to her efforts that there is a new found popularity for, and wider awareness of, Fado Music, which today has integrated piano, violin and accordion into its musical mix, giving Fado a platform on which it can now fuse with other musical forms.

However, to hear both the authentic and the new Fado, tourists visiting Portugal are advised to seek out Casa de Linhars or The Manor House in Lisbon, where the best of Fado is still regularly performed.

Tonight, though, Fado came to us, as Sara Correia stepped out on to the stage of Cic El Almacen. Sara is the daughter of a Lisbon family of Fadistas and has won numerous competitions and performed professionally at many of the most prestigious venues where Fado music is performed. Here in the tiny, intimate arena at Cic EL Almacen she performed songs from her eponymous debut album, released late last year, on the Universal Music Portugal label. This almost forty minute album contains eleven tracks and if you were to search the record shops for it you would find it categorised under World Music, or Latin, Folk or Fado. The album features musicians such as Angelo Ferreira, ´this generation’s Portuguese guitar genius.´

Having lived and breathed Fado music since being a child Sara explains that ´I relate very strongly with all the songs that make up this record, and I see myself in every story they tell.´

She considers Amalia Rodrigues to be the ´ultimate fadista´ amongst several who have inspired her but also lists others like Fernanda Maria, Beatriz da Conceicao and Herminia Silva as influences.

Sara´s voice caught the attention of Joel Santoni, a French film maker who asked her to sing the title track for a tv series called ´Une Famille Formidable´ and she even has an acting part in an upcoming film by Portuguese director Dioga Soares Silva, playing a historical character singing Fado music.

As such a pedigree had led us to expect, the charisma she brought to the theatre here on Lanzarote was immediately apparent. The first figures to take seats on the stage were three male instrumentalists, dressed in all black, who accompanied her in the recording studio. It looked like the instrumental line up tonight was to be a six string guitar, a bass guitar and something shaped like a member of the viola family but sounding somewhat similar to a balalaika.

When Sara followed them on, dressed in a tight and elegant, black gown with her red hair, worn tumble down, she nodded almost imperceptibly to her ´orchestra´ who immediately dazzled us with their playing of the opening few bars of the first song and then,….BOOM that voice dived in, powerfully and far-reaching. And this woman, who is effectively singing in the character of each song´s narrative voice, knows how to strut her stuff.

The sultry walks across the stage, the trailing fingers as she brushed past the musicians, her head thrown back defiantly and proudly at times gave the impression of a woman dancing and singing to command attention in a typically seedy harbour-side bar where we might imagine only the ´best´(or baddest) girl ever wins. Even the powerful ballads were accompanied by passionate but always precise picking on the instruments, with the guitarist placed to her right and the other two musicians on at her left.

We realised even from our seat at the very back of the hall that we recognised two of the musicians, as we had been standing near them in the street outside whilst enjoying a pre-concert drink. They were each having black coffee and a cigarette and somehow that perfectly set the character for some of the bar room interactions that were then played out on stage.

Sara’s album, which we purchased as we left the theatre, includes these same players supporting her, although recording in a studio also allowed her to add percussion into the mix. Just about all the album tracks were included in this show, including Fado Portugues, Quando O Fado Passa, Agora O Tempo, and Ze Maria (with the audience invited on many to clap along and on this song in particular to sing the chorus).

Sara is undoubtedly a huge talent and as a consummate performer with a strong personality and incomparable voice she has surrounded herself with wonderful musicians to enhance the songs even further. That she showed no fear of being overshadowed by the genius of these three accompanists spoke volumes of her confidence in her own abilities, and it was clear that she and the players enjoyed a special bond.

Even as she sang she conducted them like a musical director, with discrete waves and subtle hand signals, allowing each one plenty of time in the spotlight and Sara laughed along with delight as they moved into great riffs that saw them both compete and complement.

In the instrumental performances there were clearly defined elements of dance patterns but the playing was generally of picking, and picking perfectly. It is, nevertheless, difficult to describe Fado music, other than in those terms I have drawn from other sources and have employed above, but I supply some observations that might serve as compass points to help you place this genre.

I would suggest we place, to the North of this performance an image of a very young Shirley Bassey singing in the bars of Tiger Bay with all that haughty pride and power. Think, too, of Elkie Brookes of her Lilac Wine vintage, somewhere to the West, emotionally beaten and battered but rising to love and lose again. A comparable image, of  The Little Sparrow, Edith Piaf, swearing even under fierce self-interrogation that she has no regrets cannot be resisted and might be our Southern Cross and having read of the origins of Fado and then hearing Sara Correia I found this concert reminded me of Billie Holiday ´covering the waterfront ´ out there in the East.

We left the venue again thinking what a wonderful night had been hosted by Cic El Almacen, and offering our thanks to the unknown and somewhat unheralded Arts and Culture Department of the Cabildo that puts together such an exciting and diverse calendar. This had been a night of stories told in magnificent vocals backed by beautiful strings, and I hope the track list below might persuade you to seek out the cd, and then once you’ve listened to that we are sure we’ll see you the next time Sara Correia performs on Lanzarote.