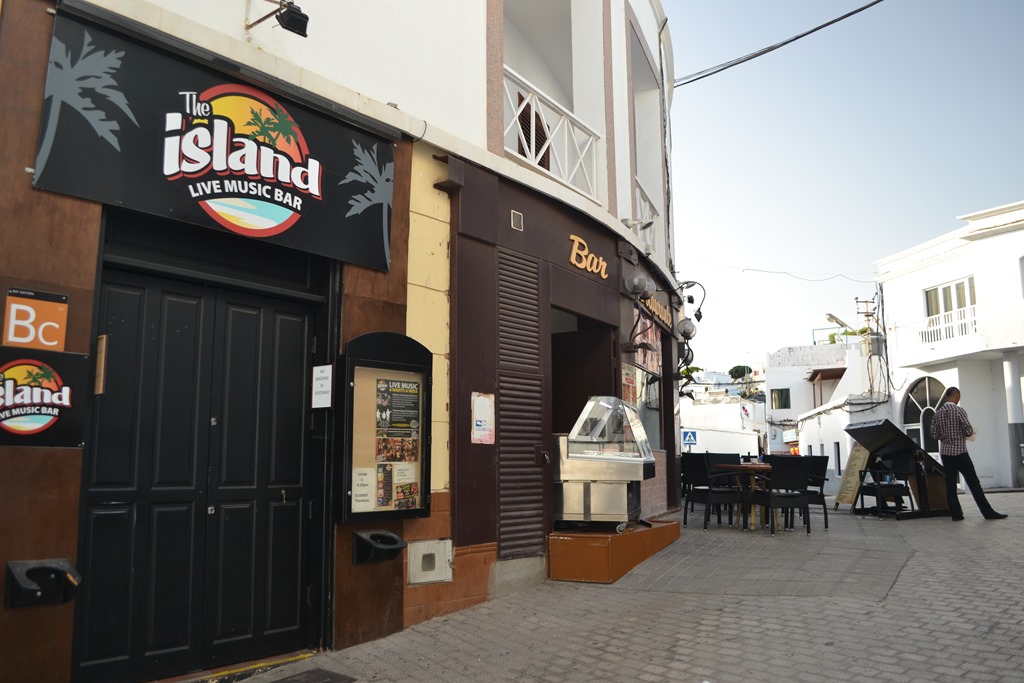 In the final quarter of the last century it was pretty rare for a new British name on the music scene to catch my attention, I was so heavily involved chasing my Americana music and interviewing heroes from the other side of the Atlantic, that unless a British artist moved into that sphere I might never hear of them. Sharon Shannon, though, caught my eye because she recorded Galway Girl, one of my favourite songs, with one of my favourite American writers and then recorded with that writer again a couple of years later. So let´s take The Copperhead Road out of Steve Earle´s Guitar Town, over the Diamond Mountain and down to The Banks Of The Old Ponchertain, in search of lady who has taken a button accordion on that very same journey.

Sharon Shannon (born 8 June 1968) is an Irish musician, best known for her work with the button accordion and for her fiddle technique. She also plays the tin whistle and melodeon. Her 1991 debut album, Sharon Shannon, was the best-selling album of traditional Irish music ever released in Ireland.  Beginning with Irish folk music, her work demonstrates a wide-ranging number of musical influences. She won the lifetime achievement award at the 2009 Meteor Awards.

Sharon was born in Ruan, County Clare. At eight years old, she began performing with Disirt Tola, a local band, with which she toured the United States at the age of fourteen. Shannon also worked as a competitive show jumper, but gave it up at the age of sixteen to focus on her music. She similarly abandoned studying at University College Cork in the mid-1980s, Shannon studied the accordion with Karen Tweed and the fiddle with Frank Custy, and performed with the band Arcady, of which she was a founding member.

Shannon began her own recording career in 1989, working with producer John Dunford and musicians such as Adam Clayton, Mike Scott and Steve Wickham. This led to Shannon’s joining their band, The Waterboys. She was with the band for eighteen months, and contributed both accordion and fiddle to their Room to Roam album. Her first world tour was with The Waterboys. She left the group shortly after Wickham’s departure, as the band was forced back to a more rock and roll sound.

Shannon’s solo work has achieved remarkable airplay and commercial success, especially in Ireland. After her inclusion on A Woman’s Heart, a compilation album and a tribute to her work on The Late Late Show, Shannon’s music received a great deal of exposure, contributing to the record-breaking sales of her debut album.

Sharon’s second album, Out The Gap (1994), was produced by Dennis “Blackbeard” Bovell and had a distinctly reggae feel.

Sharon’s fourth album titled Spellbound was released in September 1998. This compilation featured new material, live tracks and also tracks from previous albums. Also in 1998, she was asked by violinist Nigel Kennedy to join a him in performing on his “Jimi Hendrix Suite”, later performing this work in some major European cities.

Her 2000 album, The Diamond Mountain Sessions, which included vocals from a wide variety of artists, was also a commercial success, being certified triple platinum.

Shannon recorded with Steve Earle on the song “The Galway Girl”, which was released on both Earle’s album Transcendental Blues, and Shannon & Friends’ The Diamond Mountain Sessions. Both albums were released in 2000.

In 2004, Shannon released the album Libertango with guest spots from Róisín Elsafty, Sinéad O’Connor and the late Kirsty MacColl.

In 2005, she appeared on Tunes, a collaboration with Frankie Gavin, Michael McGoldrick, and Jim Murray.

In 2006, a celebration of 15 years of recording came out with The Sharon Shannon Collection 1990–2005.
In the following year Shannon worked with Belinda Carlisle for her album Voila.

As a solo musician, Sharon Shannon has toured Australia, Europe, Hong Kong, and Japan. She has also performed for politicians such as Bill Clinton, Mary Robinson and Lech Wałęsa. Shannon has played benefit concerts for causes that she supports, such as animal welfare.

She continues to record her music and perform with her tour band, The Woodchoppers. A live version of Galway Girl recorded with Munday was the most downloaded track in Ireland in 2007, winning a Meteor Award.

In 2008, Shannon featured in the Transatlantic Sessions.

In 2009, she played “Galway Girl” live at the Meteor Music Awards 2009, where she also picked up a Lifetime Achievement Award and won Most Downloaded Track again for Galway Girl with Mundy.

Shannon features playing accordion on The Lee Thompson Ska Orchestra single “Bangarang”, which also features Dawn Penn as vocalist. It was released on 26 May 2014.

Beginning with Irish folk music, her work demonstrates a wide-ranging number of musical influences, including reggae,  Portuguese music, and French Canadian music. She has an awareness of Cajun music so look out for our feature on Beausoliel, the fines Cajun band there is, coming up on these pages in the summer that will include also a wider look at Cajun and its music-cousin zydeco.

Her eponymous debut album came out in 1991 and in the just over thirty years that have since passed she has released another twenty, so Sharon Shannon is as prolific as she is profoundly talented.

There is little wonder, then, that she was awarded an honorary doctorate by NUI Galway, in 2018.

So it was very exciting on 21st June 2022 when ´The Secret Session’ was held at The Island Bar in Peurto Del Carmen on Lanzarote.

As her thousands of fans will probably know, Sharon Shannon´s last album, ‘The Reckoning’ was recorded during lockdown in 2020.

Those fans are probably aware, too, that the album featured incredibly talented musicians from all around the world – with a large portion of the album recorded in, and featuring some amazing musicians from, Lanzarote. The album´s producer, Craig Mulvagh Audio, along with some of those musicians, guitarist Albert Serrano Music, bassist Pedro Ruiz Music & drummer Pal Teleki, treated Lanzarote to a live performance of the album, under the name of The Reckoning Crew,. …. and Sharon Shannon was there to join them !

AJ the DJ (aka Aileen Hendry) from Monster fm radio was at the gig to see the artist she has known for sometime and who she had interviewed earlier that day for her five pm radio show, (check it out on their web site).

Because I had an interview elsewhere booked for that evening I was unable to join Aileen at the gig, but she has kindly sent me her thoughts on the show that I know she was immensely looking forward to. It obviously didn´t disappoint !

The Secret Session with Sharon Shannon and The Reckoning Crew at the Electric Island bar in Puerto Del Carmen kicked off to a full house on Tuesday night.

The gig opened with the popular dynamic duo Ellen and Steve taking to the stage. The guys started as they meant to continue with a scintillating performance covering songs which ranged from the frivolous Dance Monkey and The Spice Girls ‘Tell You What I Want ‘ to Ellen’s gutsy and powerful performance of ‘Sweet Child Of Mine ‘. There wasn’t a moment of their set when the audience weren’t up on their feet.

With the audience well and truly engaged ‘The Reckoning Crew’ took over to a warm welcome from their many fans. The guys from the outset displayed their musical prowess with an effortless and polished performance.

Pedro Ruiz provided the high notes on the vocals which saw him pull off a brilliant rendition of the Prince classic ‘ Purple Rain’.

With closing favourites like Bad Moon Rising and Johnny B Goode keeping the crowd dancing and the Crew on top form, the arrival of Sharon Shannon on stage sent the crowd wild. The gifted instrumentalist and her band launched straight into their set with a number entitled ‘Merry Go Round‘ from the recently released album ‘The Reckoning’, from which the band took its name. The piece hit the spot with the fans and it’s delicious rhythmic feast blending rock and irish jig harmoniously, left the crowd begging for more. The set continued with a great version of The Waterboys ‘´Fisherman’s Blues’ and surprisingly Johnny Cash’s ‘´Ring Of Fire’ with Sharon displaying her immense skills as a musician, transferring seamlessly from squeezebox to penny whistle and back again to accordion.

The band all looked like they were having a blast entertaining the crowd while their adoring audience lapped it up. Having scored a massive hit with the brilliant ‘Galway Girl ‘which Sharon has recorded with musical artist Munday, after earlier recording it with the song´s writer, Steve Earle (who has been featured many time on these pages, so check out our easy to negotiate archives of more than 600 features. Simply type his name into our search space.) and later the artist Munday.

It had seemed inevitable that this would be the chosen finale. From the moment the first chord was struck everyone was on their feet singing along with the team . It was a memorable night showcasing so many great artists on the island sharing the stage with an icon in the world of music.

Sharon left the stage to rapturous applause from her adoring fans. The perfect end to a fabulous night. Come back soon Sharon!

Thanks to AJ The DJ and to Monster fm radio, who, in fact, also sent me a copy of her radio interview with Sharon, and I´ll type it up, and pray that she might allow me to editorialise it on these pages for all those who, perhaps in part thanks to AJ´s own review, would like to learn more about the star that is Sharon Shannon.