The Arts Pop Up Again 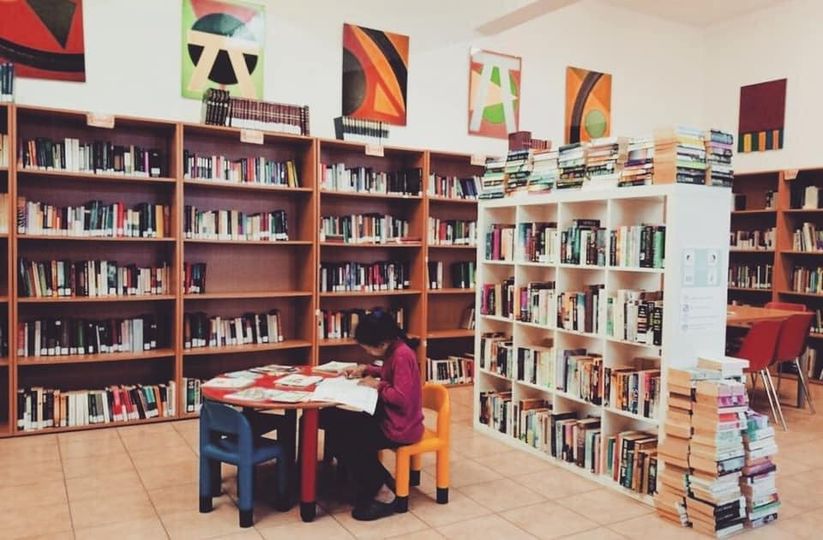 You may have noticed over the past few months that there haven’t been any live arts events recently for your roving live arts correspondent to review. I have still endeavoured to submit a piece every week but that faint noise you may have heard whilst reading them might just have been the scraping of a very empty barrel.

Whether we are locked up, in lockdown, locked in or locked out on Lanzarote we will always be in the one of most wonderful places in the world, where sun sets are provided for free, white horses ride the tide all around the island with their silver manes pluming behind them, and there is the constant soundtrack of natives of the island all entering and re-entering the how many words can be spoken as quickly as possible in a single minute´ competition.

Despite so many closures, there are still a score and more of wonderful restaurants open around the island, all with glorious vistas. It is sad in many ways that there a so few tourists here, but at least we residents can drive the Timanfaya road without feeling like we are driving round the wall of death, and there is a good chance too that, no matter how late in the day I am able to get down to town, the supermarkets will still have copies left of The Daily Mail.

Around the world, though, the covid conundrum seems to be shared by every country, and we hear two constant claims. We’re Not Going Out and We’re Not Staying In. That being so redolent of that theme tune to the Lee Mack tv comedy show, my mate Steve Bewick and I have written, from quite a distance apart along the Information Highway, what with me being here on Lanzarote and Steve in the UK, a script for radio programme for his Hot Biscuits jazz show. In it I am type-cast as the stay at home scaredy-cat and he as a carefree guy in covid denial, wanting to go out on the town. We have each picked five songs to reflect our coronavirus attitudes and we will bring you that script and playlist to these pages next week.

However, we might very soon be able to throw away our long sticks and stop scraping that barrel, as there seems to be good news on the Lanzarote horizons. A headline in the current edition of the free leaflet Yaiza Te Informa (available in tourist information offices in the municipality and in some shops and petrol stations) announces that Yaiza Resumes Cultural Activity. If that prediction proves accurate, and takes place safely, then we might be soon able to again offer mucho applause to live acts all around the island.

According to the article the Playa Blanca Municipal Library re-opened its doors in September to allow entrance to a limited capacity of visitors following guidelines of masking and social distancing. Now, this month, the cultural schools have re-opened in the municipality, offering diverse courses, such as English classes, Traditional Canary Islands Dance and lessons in the playing of popular music on guitar, timple, bandurria, lute and mandolin as well as Choral Singing Classics. Children over seven years old can enrol for these classes although the choral singing is designed for adults only. The adults, of course, may participate in any of the courses, but only in group sizes restricting attendees to ten per class. The wearing of facemasks will be compulsory in all activities which will be delivered in the various cultural centres in the villages of Playa Blanca, Yaiza, Uga, Femes and Las Brenas.

Dates and times are published on-line at yaizateinforma.es

An important writer on the island in introducing children to the pleasures of reading, and showing parents why enjoyment of reading is a vital educational tool, is Mayte Pozo, a writer, illustrator, layout designer and editor, who began a career with the series of children’s books Canarias Con Alisio.
Pozo then grew, together with herdevoted readers, with The Adventures of Perenquén Man, aimed at an audience of preteen.

´These books are not just to entertain,´ Mayte explained at the time. ´Children may not be aware that it is a book from which to learn, but, disguised in the story, information about the environment around them appears meteorological phenomena such as haze or explosive cyclogenesis and a final message of awareness about the need to protect nature in front of those who try to speculate at its expense.´

The author led workshops and events such as the Biblioplaya, which took place in the Redoubt in 2019 . Through these activities, the intention was to to ´enhance the love of books and the habit of reading, because reading makes us free to think.´

The next book to be published was written by children from the municipality of Yaiza.  ´I worked with them on desktop publishing, illustration, layout and then they learned how what they had done became something tangible,´ explained Mayte, who trusts that some of the current generation of school-children ´will be the future publishers of Lanzarote, an island that already has very good publishers .´

Pozo’s latest work is now on the shelves of the library, and in some of the best book stores, in the form of a ´pop-up´ book about César Manrique. Given the catchy title of César Manrique Pop Up Book, this is a bi lingual Spanish English book, both written and illustrated by Mayte Pozo.

Those illustrations, in relief, offer a clear and concise overview of the life and work of Lanzarote’s most visionary artist, and celebrate some of César´s most emblematic pieces in a new grandeur. Pozo, who lives in Yaiza, wanted to create something different that might show Manrique’s ethos in a new and realistic way.

This would preserve the three dimensional aspect apparent in so much of César Manrique’s art that could not be accurately reproduced in traditional book form.

Pozo submitted the proposal in response to a Cabildo organised and sponsored competition, (which we publicised on these pages, whilst celebrating the centenary of Manrique’s birth) to design a creative project based on his work.

´One interesting aspect of the idea,´ says Mayte, ´is that the book is not produced by a printing press, but is manufactured in a more artisanal way. It´s printing costs would have been very high, so we decided to produce the book this way to ensure it was as accessible as possible.´

It is a book that we in the Sidetracks & Detours office think will appeal to both young and adult readers, and when we send a copy for a Christmas present over to Olivia, our granddaughter in South Korea, we reckon our son Andrew will take as much from it as she does. The twenty eight pages are quite highly priced at 20 euros but actually the cost represents excellent value for money, as it purchases a quality product that includes brilliant pop up pieces on some of César’s most popular creations such as Fertility and Wind Toys.

At least, having written this article, I feel I am beating the drum as we used to, rather than scraping the barrel as I have had to recently, and just maybe we are standing at a turning point. So, please stick with us reader(s). There may be exciting stuff just around the corner!

See all of Norman’s Articles.