Stop In The Name Of Love 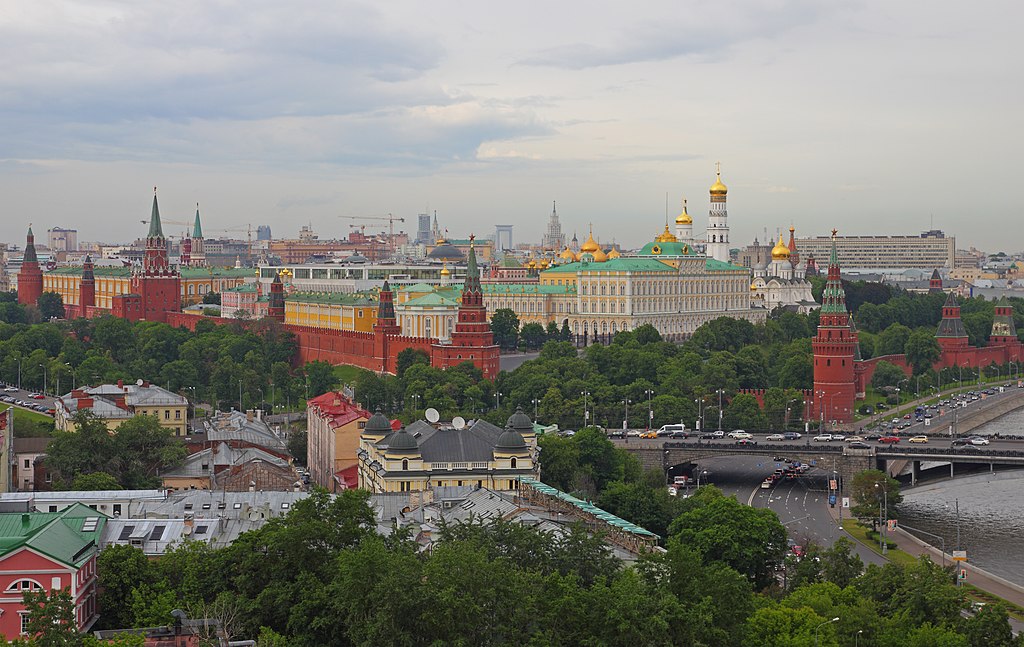 What music is singing at Russia

It is rare, in a twenty first century global village threaded by zoom, you tube and instant rolling media news, for any of us to remain untouched by any of Man’s self-inflicted tragedies. Similarly, although news is a beast that can be manipulated, when shown so clearly and so repeatedly we can see for ourselves that, for instance, what one country would seek to persuade the world is a war, cannot be dignified even as such, and is in fact, mass genocide. Come follow your art through danger and devastation to see how the arts fight for peace.

No one knows for sure when Moscow will end the slaughter. It seems that that every day that passes plays against Putin’s interests. The increasing aggression in the attacks shown by his Russian army in recent days is wreaking the destruction of hundreds of buildings and infrastructures in the main cities of Ukraine, several of which are already under Moscow control, It is all seeking to force the surrender of the Ukrainian people.

The military scale has rapidly increased dangerously with the Russian bombing of some of the facilities of the Zaporizhia nuclear power plant, in the town of Energodar, in southeastern Ukraine, the largest in Europe, where three buildings burned. Luckily, it did not affect the central building but the nuclear power plant is already under the Russian flag.

Already millions of Ukrainians, women, children and the elderly have left the country in the largest modern exodus produced in modern time in Europe.

Many of us will know someone involved in this carnage.

As a ´new resident´ on Lanzarote,. having retired here from the UK seven years ago I am perhaps more cocooned from the vicissitudes of the real world than I was in in England. And yet, in some way I am perhaps more aware of that real world, over here. Lanzarote is a global village with tourists visiting from all around the world and a rising number of new residents re-patriating here from an ever widening list of countries.

Sadly, then, we are not surprised to learn that the dreadful events in Ukraine impact directly even on inhabitants here on the island. We saw a wonderful classical music concert a couple of years ago performed by a duo playing violin and piano, and subsequently interviewed the violinist, Iya Zchmaeva who spoke a little English. We have followed news of both artists ever since and have learned that the Ukrainian pianist , who has played in Lanzarote, within the concert cycle of the Nino Díaz Foundation, shares the mixed feeling that a large part of the Ukrainian people live with during this painful conflict.

“I grew up in Crimea but I also had a Ukrainian passport and now my heart is divided, my friends and family are Ukrainians and Russians, too. It’s a disaster,” she says.

Born on the Crimean peninsula, she lives in Berlin and Lanzarote. She began her studies in piano and music pedagogy in Simferopol (Crimea) and Lviv (Ukraine), which she continued at the University of the Arts (UdK) in Berlin. During her studies she took part in various advanced piano and chamber music courses. She taught piano at the University of Potsdam, where she also obtained a doctorate on the works of the composer Sergej Rachmaninov. Natalia has published several articles in music publications. She has had an intense concert activity as a solo pianist as well as in collaboration with orchestras and chamber ensembles. The pianist has given concerts in the past in Germany, Ukraine, Russia, Poland, Belgium, France, Sweden, the Netherlands and Latin America. In Spain, especially in the Canary Islands, her educational and concert projects, such as “La Pasión de Viajar”, “Espérame”, “Proyecto Humboldt”, “Muraría de Lanzarote”, among others, are regularly presented.

Natalia is now back in Berlin organizing a series of concerts to raise funds for victims of the war in the Ukraine.

By a strange coincidence an e mail has just pinged into my in-tray from an old friend, Graham marshall, who organises classical music concerts for Rochdale Music Society in the UK: it notified me of their planned concert for 2nd April with this paragraph Looking ahead now to the next Rochdale Music Society concert, which is to be given by the Sveta and Slava Duo, Svetlana Mochalova (cello) and Slava Sidorenko (piano). Both met as students at the Royal Northern College of music in Manchester and are now married to each other.
Svetlana is Russian. Slava is Ukrainian. “Love and music go together like a ………. “.

Natalia told Lancelot Digital of her fears and determination but even as we read of her own concerns we were watching tv news of agreed ´escape routes´ being fired on and seeing desperate mothers with babes in arms, running through and dodging shells and bombs.

I mean it is a compliment when I say that, apart from her incredible playing, the woman we met at that concert seemed a perfectly ordinary lady, content with her music. Now she is caught up in a conflict being watched in horror around the world, and is doing something extraordinary to help the suffering.

That Natalia is doing so through her music doesn´t surprise us, because we are aware of how effective music can be in raising awareness of the kind of evils being perpetrated by Russia at the moment, by protest and satire. Small wonder then, that what was once seen as one the lightweight throwaway songs by The Beatles, Back In The USSR, has been recently re-examined by the music media.

More than 50 years ago now, as the Cold War was ever at risk of turning nuclearly hot, the Beatles released one of their more controversial songs: “Back in the USSR.”

It is instructive to look back and see what inspired the Beatles to write the song and what the lyrics tell us about its original meaning and the global perception of the USSR at the time.

There were some fans at the time who thought The Beatles were making some kind of a pro-Soviet political statement, whilst others more tolerantly felt the group was just poking innocent fun at the western idealism expressed by the prevailing culture and their musical peers at the time. However, perhaps the emergence of the Russian head of state as a clear villain on the world stage now casts a different hue on Back In The USSR. imposing on it a different meaning.

American Songwriter have published a behind the song segment about Back In The USSR..

Talk about an international conception—Paul McCartney and John Lennon wrote the lyrics to the titularly Russian song in India, to riff off Chuck Berry’s pro-America song “Back In The USA,” after being originally inspired by Britain’s industrially provincial “I’m Backing Britain” campaign.

To escape fame and learn transcendental meditation in 1968, the band travelled to Rishikesh, a trip that was uniquely productive for McCartney in particular, who later claimed to have penned fifteen songs during his five-week stay.

One of those songs was Back In The USSR, which comes from the perspective of a Russian spy, who after an extended stay in America, returns home to the Soviet Union and indulges in that most Russian of pleasantries: the icily beautiful landscape,

Oh, show me ’round your snow-peaked mountains way down south  Take me to your daddy’s farm  Let me hear your balalaikas ringing out  Come and keep your comrade warm

Been away so long, I hardly knew the place  Gee, it’s good to be back home  Leave it till tomorrow to unpack my case  Honey, disconnect the phone

Those lyrics are a spoof on how Americans often miss their conveniences while traveling out of the country, craving things like fast food and a Howard Johnson hotel. McCartney wondered, what would happen if a Russian spy thought the same after being away from his own country?

Back in the USSR peaked at just No. 19 on the UK Single Chart, a modest ranking relative to some of the Beatles’ other galactically popular songs. And later, Rolling Stone would slot it in as only the 85th best of the Beatles songs.

Critical response was mixed as well. While some saw it as screaming with excitement and ingenious, others saw it as half-hearted and limp.  But the strongest rebuke of the track came from the political sphere, where many across the left-right spectrum accused it as being sympathetic to socialism, and further evidence of the Beatles’ pro-soviet sentiment.

While many of those critiques are drably serious for what is obviously a sarcastic song, it cannot be disputed that the song struck a certain chord.

As the monstrosities of Vietnam were increasingly televised, the public’s belief in the notion of American exceptionalism began to wane for the first time. In search of a geopolitical alternative, it was natural that the culture’s gaze fix upon the Soviet Union, a perfect foil to the west.

That is why Back In The USSR elicited such strong reactions back then.

Obviously, the title of the track has now been made provocative as the Russian head of state embraces expansionism, and literally attempts to return Russian borders back to something resembling what they were in the time of the USSR.

But outside of that, current events do little to change the meaning of the song. The song was not pro-Soviet. And there really is no nuanced political meaning woven into the lyrics.

Oftentimes the songs we perceive as being rich with complexity started off as little more than a musician’s desire to experiment and do something different.

That was the case when the Eagles wrote the hazy lyrics to Hotel California,  when Don McLean wrote the broadly allegorical American Pie,  and when the Beatles wrote the provocative, if only at surface level, lyrics to Back to the USSR.

We desperately hope the world will find a way to bring an end to this carnage, and that one day soon, Natalia will be back here contributing so much to this island with her music.