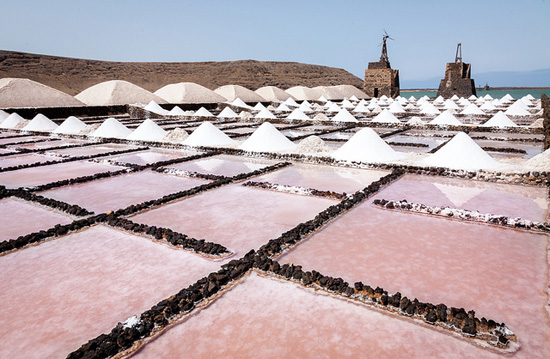 I like to keep readers of these all across the arts pages constantly updated with news of initiatives, venues or artists we have previously brought on to this platform at Lanzarote Information (which Miguel so kindly provides).

Since the beginning of 2021 we have carried news, interviews, previews and reviews of exhibitions and artists shown at The Lanzarote Art Gallery.

We are, therefore, pleased to announce that, following its inauguration event on the evening of Friday 28th May, at which Sebe restaurant provided patrons with complimentary wine, an exhibition called The Art Of Collecting (2nd edition) will be showing in this lovely Gallery until June 25th.

Lanzarote Art Gallery is owned by Eduardo Fariña, Art Collector, who invites you to visit and enjoy the 2nd Edition of The Art of Collecting, which includes works by Alfredo Montaña, Fabio Hurtado, Arnaudon, Masqali and Rafael Heredia. Fuerteventuran artist, Ely Phenix, and her underwater painting is also included.

The Lanzarote Art Gallery proprietor believes exhibtions are an easy way to gather and share knowledge and understanding of all artistic disciplines: Painting, Sculpture, Drawing, Engraving or Photography

It is intended therefore to create a constantly changing parade of The Lanzarote Art Gallery collections, regularly renewed and refreshed, to offer a comprehensive view of the works of our most noted artists.

I have been fortunate enough to interview Eduardo Farina, and know him to be a fount of all knowledge on visual arts and I know he and his Gallery offer a holistic range of service on education, advice and service not only on the arts but on how to ´collect´ the arts. Check out the web site at https://lanzaroteartgallery.com

We introduced you to ´Sara in The Hat´ in a piece that is still in the archives of my articles at Lanzarote Information. She was, at the time, a tour guide who took small walking parties around the beautiful Salinas De Janubio on Lanzarote, the still-in-production salt fields of the island. We were so impressed by Sara Hernandez and with her smiling, good humoured delivery of facts and figures and her obvious passion for the site and its tradition that we thought she might make a great subject for these pages. When we asked her if that might be possible she agreed immediately and it was all fixed up within a few days.

We were thrilled to learn more about her and how she came to be working in a role that, at first, seemed a million miles away from the island’s busy tourist industry.

It was wonderful, also, to hear of her far reaching hopes and plans for what was once one of the island’s most important industries, with a huge workforce. We also learned how much she feels the arts could contribute to the future evolution and growth of the site.

Not too long after that interview, fully recorded in Sara In The Hat, the covid came and Salinas De Janubio went into lockdown restrictions. Since then, I am sorry to say, we have lost touch with Sara and are not yet sure if she has yet returned to work at the Salinas. which, of course has recently been hit by the appearance of a massive sink-hole that has appeared in the coast road and now prevents approach by car from Yaiza or El Golfo.

It was especially reassuring, then, to see recently an announcement on Lancelot Digital, the news broadcaster, that plans are in place to restore two windmills located in the Salinas de Janubio, in the municipality of Yaiza, here on Lanzarote. The windmills are the symbol of the history behind this spectacular installation from the Lanzarote salt mill.

Their dilapidated state forced the property to restore them, but the high heritage value required numerous permits. This week, it finally received the green light from Costas, the last procedure for recovery, and now it will be possible to proceed with the restoration.

Carlos Padrón, owner of Salinas de Janubio, explained the essence of the mills.

´They are unique in Lanzarote because of the stone floor they have. Since we have been conducting guided tours for a long time, we wanted to restore the marine mills´. he says, explaining the importance of the project for them and everything they have had to do to get it started.

´We have approached the Cabildo (island government), Patrimony and the Environment, obtained the reports and information, and approached the Yaiza City Council, which is the one who gives the license. But we cannot forget that being on the banks of the Charcos these mills also needed the prior authorization of Costas. We have obtained it, this week, and the concession to act in this rehabilitation work´.

Carlos Padrón’s grandfather founded this engineering marvel and with his son, also in the company, the fourth generation has reached the helm of what is perhaps the oldest Lanzarote company.

´These salt flats started in 1895 and are, possibly, one of the oldest companies in Lanzarote and possibly one of those in the Canary Islands. They have never stopped producing, through good and bad times`.

He adds that  ´When Lanzarote changed its economic model and switched to tourism, the Primary sector was abandoned and the salt flats noticed the change, but we have never stopped producing and selling salt.´

The way of working salt is the same as it was more than 100 years ago. The tools are the same, too; Shovels, rakes and wheelbarrows.

´This is the traditional way of working. There is no other way to collect and produce salt´, he says.  ´Janubio is not like other salt flats. I claim that this is a high quality gastronomic product and we are in the primary sector like any other food product. We are not a mining or industrial product ´.

The proposed restoration has been increasingly requested by the public, especially after the introduction of guided the tours for tourists, residents or schoolchildren.

So, maybe the dream of Sara in The Hat could still come true. We hope she will be working again at the Salinas as the dream begins to reach fruition. As soon as we hear any news of Sara we will let you readers know. The conducted tours are one of my unique experiences to be had on Lanzarote and make for a casually informative experience for any resident or tourist interested in the history of the island.