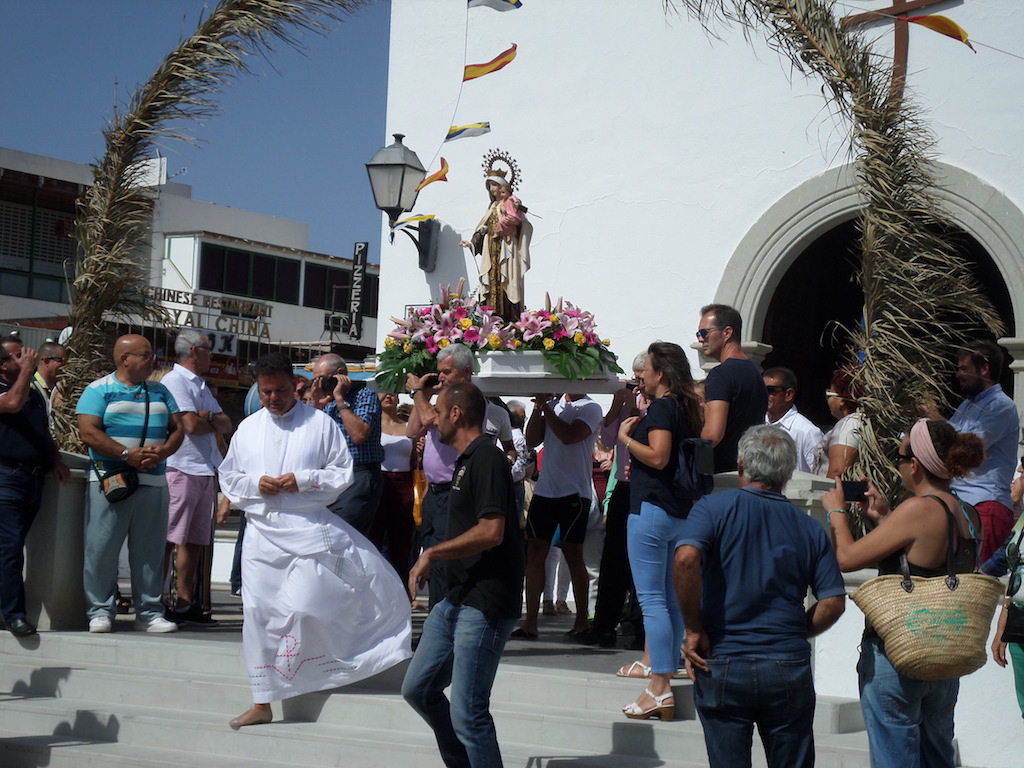 The third weekend in July was always circled in red in my diary when we lived in the UK. I took part in almost every annual Rochdale Rush bearing event as a singer and as a poet after a mate and I formed a folk group over forty years ago. We called ourselves by the imperative title of Lendanear, but no one ever did ! We would sing to crowds who weren’t really there to listen, as they drank thirstily and waited impatiently for the Rush Cart to arrive at our venue of the Red Lion in Littleborough.

Meanwhile, outside in the car park, trader and charity stalls would be enjoying a roaring trade selling goods to those who stepped outside the pub to escape our ‘entertainment.’

The day before, the parade would have snaked through Littleborough to arrive in Hare Hill Park where there would be craft demonstrations, games, sports, and stalls of various kinds. Then, on the Sunday, Lendanear tried to keep amused a gathering crowd until the parade arrived with more accomplished singers and dancers showing off their skills.

Rush bearing is an old English ecclesiastical festival in which rushes are collected and carried to be strewn on the floor of the parish church. The tradition dates back to the time when most such buildings had earthen floors and rushes were used as a form of renewable covering for cleanliness and insulation. The festival was widespread in Britain from the Middle Ages and well established by the time of Shakespeare. Eventually churches allocated a particular day in the calendar for the rush bearing and, by the 16th century, it was customary to ring the church bells and provide wine, ale and cakes for the rush bearers. The festivals, however, became associated with bawdy behaviour, and seen as a pretext for heavy drinking in otherwise quiet communities.

In the 18th century the ceremony usually formed part of the annual feast or wake, held on the Sunday closest to the feast day of the saint to which the church was dedicated. The rushes were brought to the church on a rush cart, in a procession, accompanied by music and Morris dancing. The rush cart became the main focus, often decorated with garlands of flowers and tinsel, and when the procession reached the place of worship the rushes were strewn on the floor and the garlands used to adorn the church.

Rush bearing, though, fell into decline by the beginning of the 19th century, as church floors were flagged with stone. The custom was revived later in the century and is kept alive today as an annual event in a number of towns and villages in the north of England.

Nearly all the towns in the Borough of Rochdale, for example, stage their own precessions over the weekend, though friends tell me that this year the celebrations were organised through grant funding to bodies such as Rochdale Clog Heritage and Littleborough Arts Festival. In this way, rush bearing ceremonies have survived, or been revived, in a number of towns and villages in northwest England.

My memories of these ‘shindigs’ are summed up in my choice of that noun. Rush bearings were great fun, but were always noisy, brash events, with little acknowledgement of any religious connotations. Usually, the long, boozy weekend would end up in a scrap outside the pub come closing time on Sunday evening, with all the protagonists believing they had God on their side.

Compare and contrast that to the way similar events are conducted over here.

The actual official Saints day of Nuestra Señora del Carmen is 16th July. From this date onwards, many English visitors and residents on the island will have witnessed a variety of events and celebrations held in various towns around Lanzarote, including Teguise, Playa Blanca and Puerto del Carmen.

Shortly following this Saint’s day comes the maritime procession, when the effigy of Nuestra Senora del Carmen is paraded out of the church and carried through the town, down to the water’s edge. From there a boat, be-decked with flowers, transports the Saint out onto the waves. The boat carrying the statue of the Saint is followed by a flotilla of fishing vessels, before the fishermen still their crafts and make their annual blessing of the sea, before their priest, on the leading boat, offers prayer for a bountiful catch during the coming year.

The fishermen are often accompanied on their vessels for this celebration by their wives and family members. Of course, the two major ferries plough to and from Fuerteventura even as the service is conducted, their wake gently bobbing the water beneath the celebrants. The one or two sleek looking motor boats might have suggested some tourists had joined this wave-breaking caravan, but that the Water Express ferry service vehicle was amidst the mass, lined with bunting and garlands, showed how beautifully blended are worship and celebration on this island. The ceremony is enjoyed despite, and because of, the thousands of tourists who throng the sea-path to watch a display of reverence that takes place even as children build their castles in the sand.

To bring a devout proceeding to a close the priest, perhaps mindful that last year he fell onto the sea, to gales of laughter, pre-empted that happening again by jumping into the waves head first, and swam back to land. There he stood, as his boat returned to shore, and he accompanied those escorting the model of the Saint back into the church.

Both Playa Blanca and Puerto del Carmen have churches dedicated to Nuestra Señora del Carmen, though the historical significance of the fiesta can be traced back all the way to the maritime town of Haifa in Israel, where the cult of Carmen (or Carmel, as she is known there) began.

That these Lanzarote towns continue this tradition and replicate the ceremony testifies to their origins as small fishing villages, when many local families’ survival would have depended on the haul they could bring in from the sea.

Having witnessed this fabulous event through bright sunshine as we looked out across the waves, it will be interesting to conduct another compare and contrast exercise on Friday 27th July when we stroll around the White Night, (Noche Blanca), event in Teguise, to be held in darkness but attended by visitors invited to wear white. Having been to similar occasions in Bury in Lancashire over the past few years, Dee and I look forward to noting the differences and similarities between Bury and its Black Puddings and Teguise and its Timples.