Norman’s Open Letter To The Cabildo 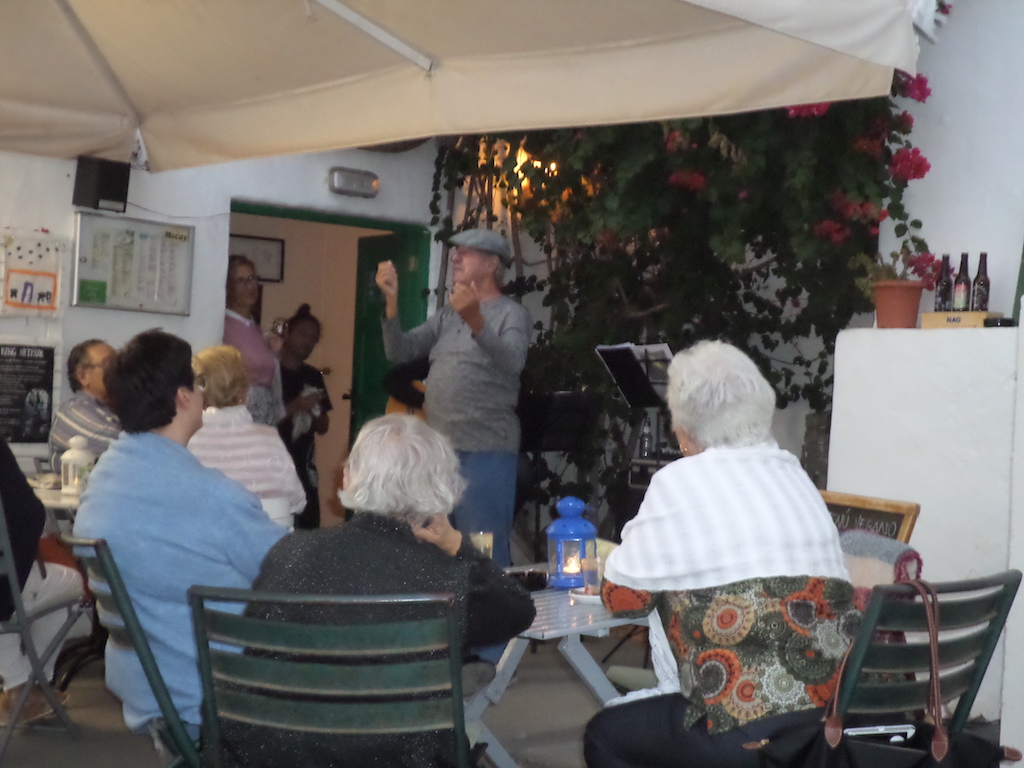 Norman has been writing for Lanzarote Information for about a year and a half now. In that time he has written countless thousands of words about the Art, culture and music of Lanzarote, fulfilling a niche where we have frankly been lacking since we started the website in 2008.

He and his wife Dee seem to have boundless energy as they travel up and down the island from Playa Blanca to attend anything that’s happening here and every Monday, we are all able to enjoy Norman’s vivid descriptions of each event, as seen through the eyes and penned with the skills of a professional journalist.

He’s excelled himself over the last few weeks, covering almost all of the events to celebrate César Manrique’s 100th birthday, even basing himself in Arrecife last week as it all reached a crescendo.

Following this, he decided to pen an open letter, which he left at The Cabildo for the President Pedro San Ginés, and the

To The Cabildo of Lanzarote and its Department of Culture Minister Óscar Pérez.

To The Cabildo of Lanzarote and its Department of Culture

I moved from the UK three years ago to become a new resident here on Lanzarote, after falling in love with the island over the course of regular holidays. Since arriving I have worked on a voluntary basis as a freelance journalist writing weekly cultural reviews in English for readers of the Lanzarote Information web site and newsletter.

I would like to congratulate everyone concerned with the development and delivery of the programme of events to commemorate the centenary of Cesar Manrique’s birth. It has been a privilege to report on the series of musical concerts in Arrecife and to witness the superb performances by each artist. We have been impressed, too, by the enthusiasm and good behaviour of the audience and the friendliness of everyone we met at those events. It seemed to me that the events followed Manrique’s determination to fully utilise the island’s natural facilities and the setting for the stage, on the beach by the lapping sea with the sunset behind, was a perfect picture. I would also like to thank the ´stewards,´ the police and security staff for so lightly handling their responsibilities as they kept the area safe and running smoothly. My thanks go out also to your press office and outlets such  as the Bara Bara agency who have kept me supplied with news updates and photographs of not only the musical events in Arrecife but also of the so many events in other art forms being simultaneously held all over the island. That has made it much easier for me to relay information to other non Spanish-speaking residents, like myself.

I have been particularly impressed by the trust you have shown in the curators and artists you recruited to deliver all this. They have all responded magnificently to your faith in them, through their concerts and conferences and exhibitions.

My intention with my articles is to encourage any new residents from abroad who might be wary of attending cultural events at which they are unsure of whether their presence will be welcomed. We seek to demonstrate how receptive and accommodating are the indigenous island people, and these events have certainly shown that.

In that sense I am also certain that the programme you devised will ensure that future generations, both of new residents and the indigenous population, will remember, and thank Manrique. Similarly, I thank you all again. It has been a remarkable few months. You should be proud of your island and its people.

all across the arts

You can see all Norman’s articles here: Norman on Lanzarote Information.