One of the things I love the most about Lanzarote is that even when you think you know the island pretty well, one day you take a less travelled road, a detour or pass by a spot that you haven’t been in ages and bang! you discover something new.

This is what happened to me with Museo La Vegueta or La Casona de La Vegueta, as the locals call it.

The museum is located on the LZ-46 road between La Vegueta and Mancha Blanca. You have to be careful especially if you are coming from Tiagua because the entrance, although it’s marked with a bright pink sign with white lettering, is just around a bend as you are leaving the the last houses of La Vegueta behind. If you are driving too fast you might easily miss it.

The exact address of Museo la Vegueta is Camino Liria, number 1 in the sleepy village of La Vegueta in the municipality Tinajo.

When I got home I checked it out on the internet but I couldn’t find a lot of information about it. Basically it’s an old farm house that was build in 1980, it has 427 square meters and it sits on a plot of 2,908 m2. I couldn’t find out until when it was in use as a farm but, as an initiative of the heirs of Francisco de Armas Martín, the building was rehabilitated during 2 years to open up again in 2015 as a museum with the main objective to be exploited it as a touristic, artistic and leisure multi-functional centre.

As you take the entrance at the bottom of the plot, there is more than ample parking. When you approach Museo la Vegueta itself, which offers free entrance to both organized tours and independent tourists, you can see that the immediate surroundings of the building have been landscaped and you find some farming machinery exhibited there.

The typically white washed walls of the museum on the outside are decorated with some fabulous large paintings of farm animals like goats, chickens, donkeys and of course, camels. We are in Lanzarote, after all!

The front door of the Casona brings you to a spacious courtyard with plenty of benches and picnic tables scattered around. The walls are covered with many different types of tools that had been used in the past for the different tasks in farming. The only pity is that at the moment the name of the tools is only available in Spanish.

There are different rooms arranged around the courtyard. Starting anti-clock wise there are several interconnected rooms that act as a massive souvenir shop with crafts and other Canarian products. You can also try and buy some local produce like cheese and wine and you may even post your letters or postcards, if anyone still does that in this digital age of ours!

My favourite rooms at Museo la Vegueta are the others, though. Some of them are just lightlybut tastefully furnished with old items that seem to instantly transport you to past times. There are some old black and white photographs in the way of a small, probably, permanent exhibition.

So this place has been open for a couple of years now and I only recently found out about it, as I said early, purely by chance. Maybe it’s not a place where you would spend hours, but I still would recommend it if you are in the area and fancy stopping for a bit and stretch your legs. Also, even if the day I did just that it was kind of overcast, I could sense the beauty of the views from that location. This alone it makes it always worth a visit in my book.

Read about other Lanzarote Attractions. 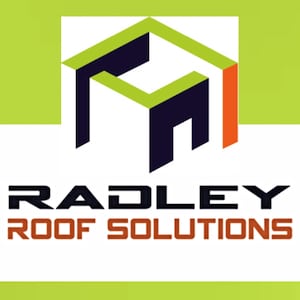 Villa 303 is 2 bedroom villa in Costa Papagayo, Playa Blanca with hot tub and splash pool. Fully equipped to be a real home from home.

Playa Blanca
22
From £625 per weel
Get our newsletter!