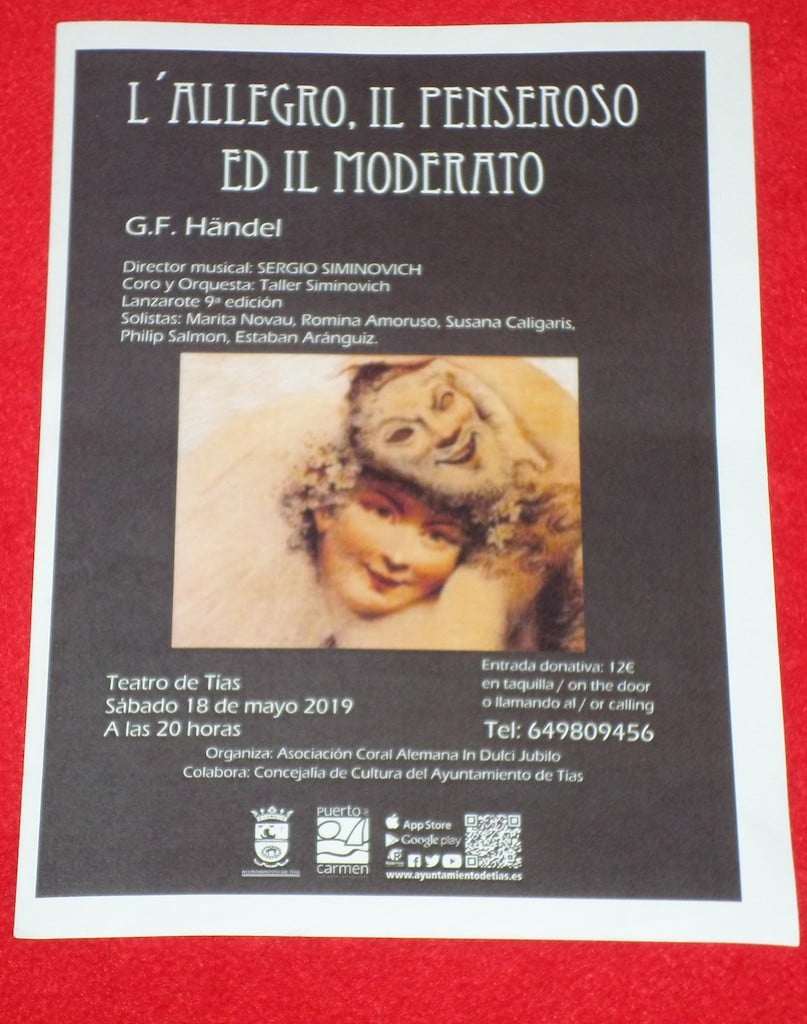 “You should interview her,” Iain told me, “she is putting on a classical choir concert later this month, and you could publicise it. Here’s her name, here’s where she works and this is her phone number.”

Well, the phone number was right at least, so I was able to arrange an interview, but my first question when meeting the lady face to face, was to ask her correct name and what is her relationship with the choir and the performance she is ‘putting on’.

‘I am Marianne,´ said Marianne, ´and I formed the choir. It started off from people I knew, piano pupils of mine, people I knew from other choirs and some friends of mine. It was intended to prepare a piece of work to perform under the direction of Sergio Siminovich. It started off as a home based project really. We actually rehearsed at my house and there was a very friendly atmosphere. That first time was in 2015 and each year since since then rehearsals have become longer and more focussed and the preparation has been better each time. Sergio had actually been to Lanzarote twice before, on occasions when the Cabildo had brought him over, after they had been made aware of him by an elderly lady who had come to live over here from Beunos Aries. Sergio Siminovich himself is Argentinian. He is a really skilled musician and conductor, and when the Cabildo could no longer bring him across there was a danger those skills might be lost to us, so I decided to form a choir to deliver a concert over here each year under his guidance.´

I wondered what skills set Marianne Whelpdale (I now knew her full name) had originally that she felt might equip her in this ambition and what skill sets she might have had to quickly acquire.

´I was already the director of a small German choir over here,´ she recalls, ´so I had some idea of directing and managing a group. Since hen I’ve taken some choir-directing courses, as well. My piano playing proved useful for teaching pieces to the four part choir and to play the orchestral parts. I’m now dealing with thirty three members in the choir and we speak three or four languages between us.´

It later transpired that these thirty three members included a couple of friends of ours, Christine Want and Deena, two ladies we have heard also sing with Christmas Voices. Soloists in this performance by the choir are Marita novau, Roman Amoruso, Susanna Caligaris, Philip Salmon and Estaban Aranguiz.

Perhaps Marianne has also had to learn some marketing skills whilst doing all this, I suggest.

´Not really. I don’t like all that. We actually attract healthy audiences from family member and friends. I’ve got enough on my plate with the business administration of finding locations, selecting pieces, recruiting musicians, arranging flights and preparing for my own performance roles too.´

I was interested to hear her refer to the selection processes for pieces to play and asked what are the elements that make L´Allegro, Il Penserosa Ed Il Moderato suitable for her group.

“Sergio’s speciality lies in Baroque music, a popular English music of its day. The music of Purcell and Handel was written in English for an English audience, and this selected work he has already directed last year in Rome. And on May 18th it will be led by him and performed in Tias Theatre. Our former venue had become a little bit small for us.´

Marianne’s mother was a church organist and Marianne began taking piano lessons at eight years old, so classical was really the first music she was exposed to.

´I do like and appreciate all kinds of music,´ she insists. ´This week of the first batch of concerts in the 100 Years: Lanzarote And Cesar series have provided a wonderful array of musical formats and even if one such format might not be your preference the concerts have still provided playing to admire. Nevertheless, its true that I play in the church here and that much of my preferred music is classical and ecclesiastical.’

I was about to close the interview here, but aware that I had initially called her by the wrong name, and had been under the misapprehension that she was a cleaner at the church, Marianne smilingly repeated all the salient points of the forthcoming concert.

´Saturday 18th March at 8.00 pm at Teatro Tias, and we are playing L’allegro Il Penserosa Ed Il Moderato by G.F. Handel,´ she laughed.

With tickets at only 12 Eu each we promised we would be there to review the concert, and anyone else who would like to attend should contact the ever helpful Marianne on 649809456, and mention this article.

There sounds to be much to look forward to from a choir that has already delivered several pieces by Purcell and Handel over the years since 2015. There are eight nationalities embraced by the choir, and this work, with its Libretto in English based on poetry by Milton and with a guest professional soloist from Argentina has us looking forward to it immensely. We look forward to bringing you anther review on the all across the arts page on Miguel’s Lanzarote Information web site.