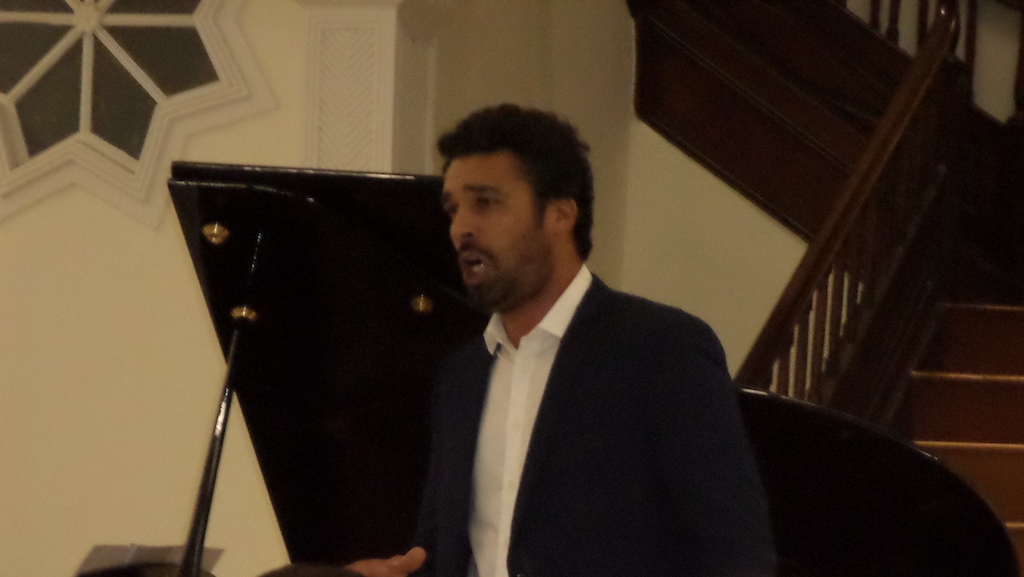 A Night At The Opera

In forty odd (very odd) years of running my small press agency, all across the arts, in the UK, I covered all sorts of events from circus to cycling races, (when the Tour De France started from the crest of the hills above Rochdale, four or five years ago). In those four decades or so all across the arts sought to celebrate national arts and culture and regional events around Rochdale. There were times when I bawled like a baby at the beauty of a ballet and laughed like a loon at regular MAD performances by Middleton Amateur Dramatics.

Some reckon I should not consider myself a real art critic until I have spent A Night At The Opera, but somehow that opportunity has always eluded me, or perhaps it is closer to the truth to say I have always managed to avoid covering such an event.

Not only is Opera itself a culturally significant art form but also of significance is The Marx Brothers comedy film, A Night At The Opera that lampooned the art form. Made in 1935 the film was selected in 1993 for preservation in The National Film Registry, by The American Library Of Congress, no less, as being ‘culturally, historically and aesthetically significant.’

Whilst The Marx Brothers were an act before my time, many UK folk from my generation, now in our mid sixties, will remember spending A Night At The Opera with Queen, when the group used the phrase as the title of their 1975 album. Included on this was You’re My Best Friend, a euphoric song and great single, as well as Bohemian Rhapsody, the faux Opera song that I seem to remember my generation reacting to as if it were Marmite, with many loving it and many hating it. Queen even made the last track on the album a cover of The National Anthem, playing God Save The Queen.

I suppose I was always a little bit scared of the rarefied atmosphere of big Opera, with its soaring arias, massive choral and orchestral sound, and melodrama. And Opera seemed somehow to carry an attitude that it was not intended for the likes of me. How many, just like me, will have cringed at Del Boy’s discomfort on that famous episode of Only Fools And Horses when his girlfriend spilled ice cream down her deep cleavage and Del gurgled his coke through a straw during all the quiet moments of the Opera?

So, when I moved here to Lanzarote three years ago I thought I had survived my career without ‘doing a Del Boy’ and disgracing myself at the Opera. Indeed, in that three years I have hugely enjoyed every arts event I have reported on even when I have arrived at that event so unable to sufficiently translate the Spanish description that I did not even know for certain what would be the art form I was about to see.

So it was that we arrived at Casa de Cultura in Arrecife to see what was being advertised as part of The San Gines Festival. Looking at the many other performances delivered under the Festival umbrella, I felt quite confident in my loose interpretation of the proudly declared Gran Gala Lirica to be a promise of lots of fun pop songs with famous lyrics and sing-along choruses. Well, Del Boy might have tried to sing along with the songs we heard but my wife and I, and of course the rest of a more sophisticated audience, knew better than to do so.

Fate had called, and here we were,… at a night at the opera!

It was the slip of paper left on each seat that was the first clue. The programme for this free event was printed on it, and it was immediately obvious that this was not going to be a night ‘of the Beatles and the Byrds and The Beach Boys humming’ as I once described in the song, Echoes Of Ghosts.

We love this venue, having attended many performances here before, and we managed to get seats near the front as the pianist took his place by the instrument at the foot of the elegant staircase. We took this man to be Professor Ruben Fernandez Aguirre, and his work proved to be intuitively supportive of the vocalists and clearly revealed the beautiful melodies that it seems to me are too often buried beneath the pomp and circumstance of Opera or are stifled by its Sturm Und Drang. Nevertheless, my heart sank as a male and female vocalist entered the stage and I glanced at the notes to see that they were to perform something from Mozart’s Cosi Fan Tutte. Whilst I had at least heard of the Opera, I had no real knowledge of it and no real frame of reference on which to pin my praise or prejudice. However, Ruth Teran and Francisco Corujo held us spellbound as, with only this piano accompaniment, they delivered Fra gli amplessi with beautiful voices, strong and confident, but also employed great acting skills and fantastic facial expressions of hope and despair to convey what was obviously a crucial moment in a love affair.

With no back drop, no costume and no orchestra this was Opera stripped bare, revealed in all its simplest glory, that of story telling. Of course, these performances were all short extracts from selected Operas and so the full story of Cosi Fan Tutti remains, for now, unknown to me, but I know already that when I see or hear a full version (and I will ensure that I do) I will empathise and care for the characters these two artists so vividly portrayed.

Francisco was described on our slip of paper as ‘co-ordinator’ and I would infer from this that he pretty much choreographed this whole event. He has a smile that lights the stage and his sheer enjoyment of it all shone through as he played a part in two or three more of the later renditions.

Maria Alcalde seemed to me to portray absolute desolation in Ah! donate il cara sposo from Rossini’s Signor Bruschino. I know the composer and some of his works, of course, but had never heard of this Opera. Maria’s soaring and swooping vocals, though, made me want to hear more.
Irati Berraondo gave a beautiful, deep voiced and intriguingly introspective piece from Loboren Lorak by Sorrazabal, a composer unknown to me, and then I was impressed by the deep rich voice of Borja Molina, a handsome imposing figure, with the hairstyle of an Italian footballer, complete with man-bun. His stage presence was massive and he spellbound this audience with Luche la fe from Louisa Fernanda, a work by Federico Moreno Terroba.

Francisco Corujo was back on stage, accompanied by Andrea Jiminez, delivering a piece by Donizetti. This saw the male protagonist making drunken, and probably dishonourable, advances towards the object of his affections, which she consistantly rebuffed throughout their performance. Finally, she fled the stage in (mock?) horror and he ran after her, still singing in his inebriated way. They had delivered all this with a fusion of comedy and drama, and were warmly applauded for this great interpretation of Caro elisir from L’elisir d’amore.

Andrea Gens then not only sang superbly but somehow delivered an acting master class as she did so. She seemed to move not a muscle in her time on stage, seemed hardly even to be breathing, and in being so still compelled our attention and impressed upon us all the importance of what she needed to convey in Com e Bello, from Lucrezia Borgia, by Donizetti.

The wonderful intensity of Andrea’s work was then followed by Lucia Tavira with Puccini’s Sola, perdura, abbandonata from Manon Lescaur. Even this beautiful voice was enhanced by a playful, lilting piano played behind the vocal line.

Orlando Niz was the next male artist to perform and was the first artist to deliver consecutive performances. He delivered Non l’amo pas by Tosti and his sample of Puccini’s Elucevan le stele, from Tosca, drew a rapturous response from the audience of almost one hundred people, so well did he create a totally different mood from his first piece. We seemed to somehow share in his apparent feeling of being emotionally lost.

Francisco Corojo returned to complete the event he had co-ordinated, with his third appearance of the evening, this time joined by Elvira Pedrino. I wish I could tell you more about this opera, El duo de la Africana. The duo’s performance of Comprende la grave, composed by Fdez Cabillero, was exquisite and regardless of the fact that I have no idea of what this Opera might really be about I found myself crying for an Africa being torn apart by wars between Man and Man and by the endless fight between between Man and Nature.

I tried all my working life to avoid A Night At The Opera and now I’ve had one ! So pure were all the voices, so, in turns, pretty and powerful was the piano and so persuasive was the acting that now I cannot wait to go again. I would love to see once more these performers, who closed to hails of Brava from a seemingly knowledgeable audience (certainly all more knowledgeable than I). However, I don’t know where these artistes were from nor what body, if any, they represent, and all concerned certainly deserved the inclusion of that kind of reference on the hand-out. To be fair, of course, that might have all been explained in the dialogue we were unable to translate, and if so, for that I apologise. Let’s close this review, though, with the closing of the event. As all the performers were brought back by the audience to take repeated applause at the end of the set, the pianist stepped to the side of his stage to allow his companions their time in the spotlight, and I swear there were tears of pride in his eyes as he joined in the ovation. So ended my first Night At The Opera, described on the printed handout as ‘1 Curso de Repertoire Lirica.’ I cannot wait for ‘2 Curso.’

Meanwhile, I have a Maria Callas album on my i-pod to enjoy.