Patricio Doucet is an Argentinian athlete living in Lanzarote since 2000. He is no stranger to sports and charity challenges and in this occasion, he will be do so to collect non-perishable food for Calor y Café, the long-established island charity who helps the homeless.

He started practicing sport in 2004 because he was almost a stone and a half overweight. The rest, as they say, it’s history:

In 2015 he was the first person to complete seven Ironman events in seven days, one in each Canary Island.

In 2017 he did seventeen Ironman events in as many days, one in each Spanish Autonomous Community.

Patricio hadn’t done a charity challenge for a while and, considering the strange times we are going through, he came up with the idea to collect food for the many families struggling at the moment. Also, he is currently preparing for the Red Bull Trans-Siberian Extreme, so this challenge will both help him train for it and stay motivated.

That’s how this 24h of cycling around Lanzarote came to live. His cycling charity challenge is known as a an “Everesting” which basically consists in accumulating the equivalent height difference of Mount Everest – 8,848m – in one single activity. Lanzarote is a small island and with not as much height difference, so it will be difficult to accumulate it!

This is Patricio’s first attempt at “Everesting” and will set off on Friday, 23rd of October at 17h from Costa Teguise, on the corner before reaching the Hotel Beatriz.

This is the route map for Friday – we’ll try to get a larger version!

In order to accumulate the height difference he will pass three times by the Miradores in the north of the island and back. On the Friday he will do one route and on Saturday a different one.

There have been non-perishable food collections already in the Teleclub in Arrieta during October and the last one still to take place the day before the challenge, on the 22nd from 19h until 21h. Also, there is a “charity trolley” in different EURO SPAR Supermarkets around the island where you can donate even one pack of non-perishable food, if you can spare one: Eurospar Mácher, Eurospar La Vega, Eurospar Triana and Spar Argana.

There will be collection points along his route, which are marked with a flag on the map and the approximate times he is estimated to pass by. People are welcome to join him to to cycle some bits with him, it’s not required to register. Just be sensible and do so safely.

Donations of non-perishable food are preferred but if anyone not in the island wants to help out with a donation, please contact Patricio Doucet by email on patriciodoucet37@gmail.com or via WhatsApp on +34 639 263 528.

For all the other charity events in the island, please check our What’s On Section/Charity

If you are organising a charity event and you would like us to include it, please contact us. 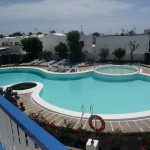 Atalaya is a brilliant community right in the heart of the new town of Puerto del carmen, close to the casino. This one also features air conditioning. 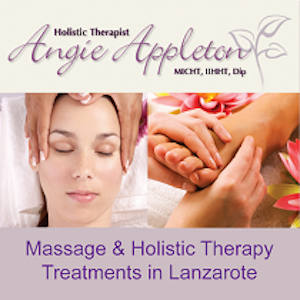 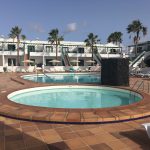 Puerto del Carmen
11
£300 Per week
Get our newsletter!