A Calendar Full Of Colour 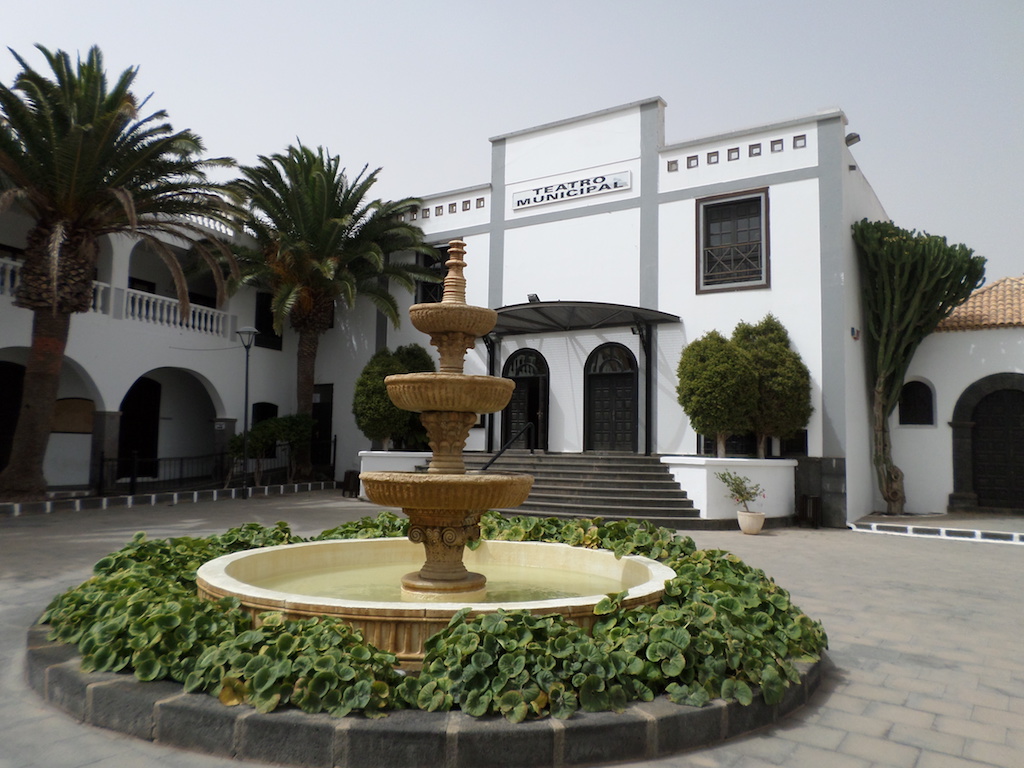 San Bartolome is the agricultural centre of Lanzarote, famous for its crops of sweet potatoes, watermelon and pumpkins. However to offset your five a day of fruit and veg, you can nip down to the local bakery and pastry shop, reckoned by many to be the finest on the island.

The San Bartolome Festival began on 6th August and runs, with several events each day, until 24th. Some of this unfortunately clashes with Festivals in the San Gines area of Arrecife and in Puerto Del Carmen but all will provide exciting glimpses of the arts and culture of the island.

The quality of the event we saw in the the town’s Teatro Municipal on Saturday 11th August seemed a hugely promising portent of things to come throughout the rest of the town’s festival. It was described in one of the many different leaflets published to promote the event (all in Spanish, so have your dictionary handy when reading) as a Gala Musical Benifica AFOL which, not having our dictionary to hand, we could only figure out as a musical event for charity. No artists were named and there was nothing to tell us whether this music be funk, punk, rap, rock or classical. Still, we have been to a dozen or so events at this lovely theatre and have never been disappointed by their quality, so football on the telly notwithstanding, we set off from Playa Blanca, round Uga and over Le Geria and arrived about an hour early to purchase a couple of tickets at only two Euros each.

The concert, (although we shall explore that description more thoroughly in a moment) lasted an hour and forty five minutes and so impressed had we been that I definitely wanted to know more about who and what we had seen. The artistic tapestry had been woven around a young. five piece rock band, but included solo performances by ‘guest artists’ too, all introduced briefly (and wittily judging by local audience reaction) in Spanish. There were dancers, singers and instrumentalists with the enormous percussion set of the five piece band, and the microphones and guitar stands and piano space. left to stand as interesting mis en scene whilst performers stepped lightly in and out. The main band frequently reappeared on stage throughout this fantastic, but somewhat strange show.

The theatre had been considerably less than full and we came to the conclusion that most of the audience were grandparents, parents and siblings and friends, under various degrees of sufferance, there to support young family members.

What a treat we were all given, though, by a group that included a pianist singer of around twenty who could really play and sing, and who gave us a lovely version, in broken English, of Elton John’s Candle In The Wind. The even younger looking lead guitarist played some flashy breaks but generally his playing was empathetic to the vocalists. On bass was a young lady who also took her share of vocal duties with a voice sometimes rough-road and sometimes smooth topped. She was so powerful, even though she seemed to be deliberately singing within herself. Even set against her own bass, an electric guitar, piano, percussion and clarinet she was always audible and always sang with real emotion. Her version of the Witney Houston song, (written by Dolly Parton), I Will Always Love You, was astonishing.

Perhaps I am easily impressed but if my name was Simon Callow I would be insisting that she, in particular, and the pianist, too, had that X Factor that might one day have my wife and I looking back on this night and saying ‘we were right’ as these two strut their stuff on an international stage.

There had been presentations and thanks at the end of the show to a number of young people who, it seemed, had worked on the choreography, musical selection and overall presentation of a quite mesmerising show, and there was talk of how this group of young people had raised money for a good cause. As we left the theatre I noticed one of the young men who been brought on stage and thanked for his work behind the scenes, and I thought he might be able to fill in some more details for me.

I asked him if he habla ingles (just about the only Spanish I know, and learned from a Paul Simon song.) When he replied ‘poco’ I feared the worst, but of course it turned out his ‘poco’ in English was much mas than my ‘poco’ in Spanish. This very courteous and patient young man told us that the main five piece band were called Dreaming Up but when I asked what was the overall group name he explained that Dreaming Up had invited several friends from different art forms to join them in this festival event. Having been amigos for many years they had worked hard together to create a seamless artistic performance rather than simply the usual procession of different artists each performing their own spot. This was the third such annual concert the friends had given and it was all in a good cause and the authorities of the San Bartolome festival deserve ‘un fuerte aplausos’, (a frequent request from the two female comperes, one of whom also sang beautifully), for encouraging these aspiring artists and allowing them to take part in the overall festival.

The colours of the costumes, the vitality of the show and the sheer delight in performing of the younger, ‘poppier’ singers and dancers, really communicated itself to the audience and it made this old man very happy to see such a young band concluding their show with an authentic sounding rock and roll medley of music that is now more than half a century old. Their instrumental versions of Great Balls Of Fire etc showed that they fully understand where the popular music of today emerged from. My wife had clapped and sang along throughout and my feet had tapped even as I scribbled my notes. That a group of late teens and early twenties could so engage a pair of pensioners spoke volumes for their performance skills.

On Saturday 19th August in San Bartolome a street procession begins at seven p.m. and eventually arrives at the Zona de los Ventrillos where a Baile Del Romero will be held to celebrate the life of the town’s Patrono, San Bartolome Apostol. There will also still be plenty of other events to catch before the Festival ends and they are all detailed in a seemingly massive range of printed programmes.